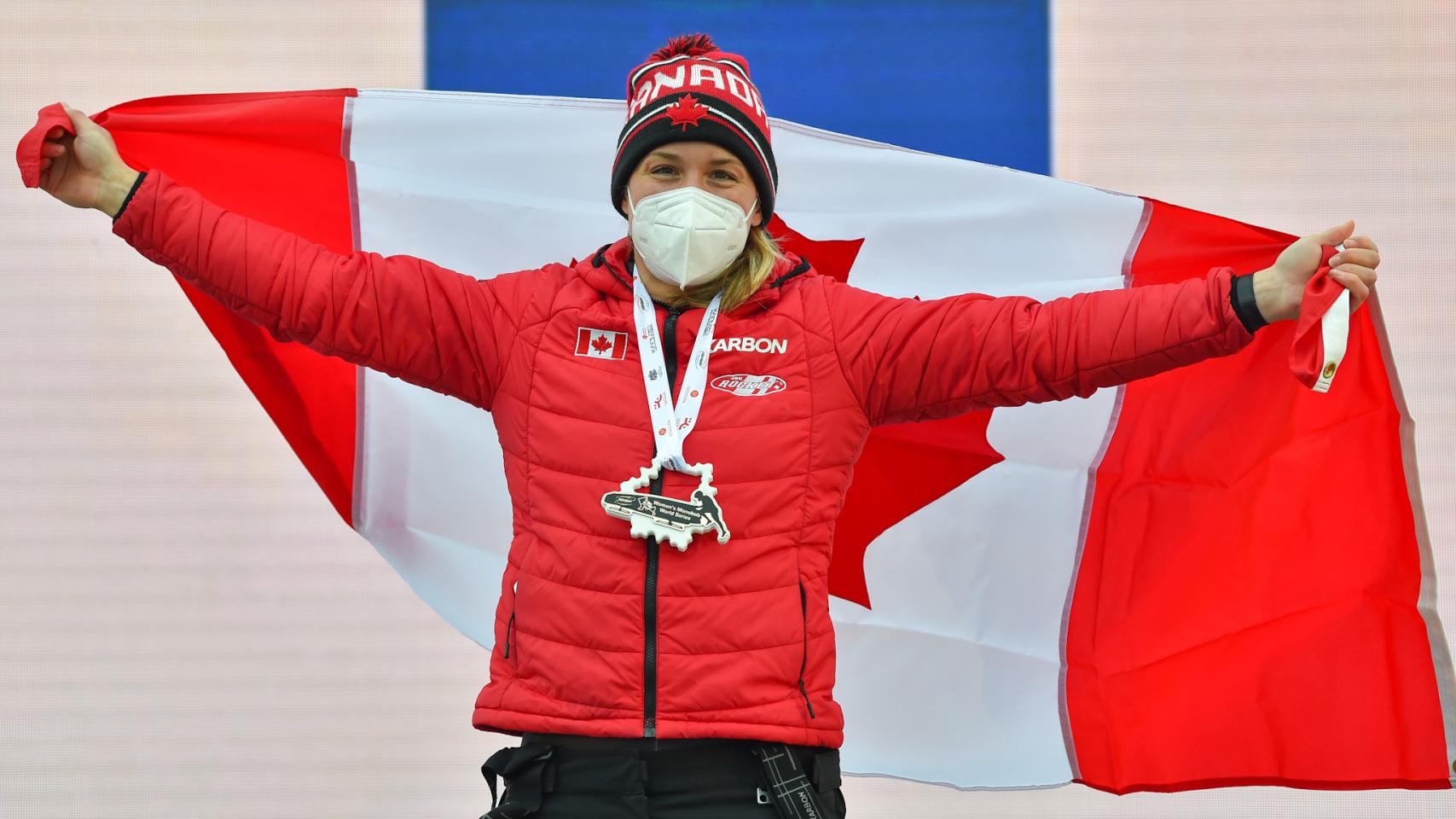 SIGULDA, Lat.—Christine de Bruin got 2022 off to a golden start by winning the women’s World Cup monobob race in Sigulda, Latvia on Saturday.

“What a crazy week. I don’t even know where to begin,” said de Bruin, who was the lone Canadian woman pilot to be able to race following a COVID outbreak on the team earlier in the week. “I was very grateful that I was able to compete and to be able to go down the track for 54 seconds and not have to think about COVID or what’s happening with my team.

“Today was really about pure enjoyment of bobsledding and it turned into a win which was a bonus.”

It was the second-straight win for the Stony Plain, Alta. resident. She celebrated her first World Cup victory, and monobob medal, three weeks ago in Altenberg, Germany.

She backed that performance up with a record-setting triumph on Saturday. The final sled off the starting block in the second run, de Bruin threw down a new track record at 53.77 on the 1,420-metre chute.

“This track is a lot of fun and requires your attention the whole time,” added de Bruin. “There are a lot of corners where you can end up on your head, and I like the challenge of that.”

Australia’s Breena Walker slid to second place with a combined time of 1:48.68. Russia’s Nadezhda Sergeeva claimed the bronze medal with a time of 1:48.70.

Justin Kripps and Ryan Sommer finished in fourth spot in the first of back-to-back World Cup two-man races in Sigulda.

Sitting in sixth place after the opening blast down the 16-corner track, the Canucks made a charge for the podium in their final run but finished just shy of the medals with a time of 1:39.56.

Russia’s Rostislav Gaitiukevich and Mikhail Mordasov won the race with a time of 1:39.23. Brad Hall and Greg Cackett, of Great Britain, finished .10 seconds back in the silver medal position at 1:39.33. Austria’s Benjamin Maier and Markus Sammer were third at 1:39.40.

The World Cup continues on Sunday in Sigulda with the two-woman and second two-man races.