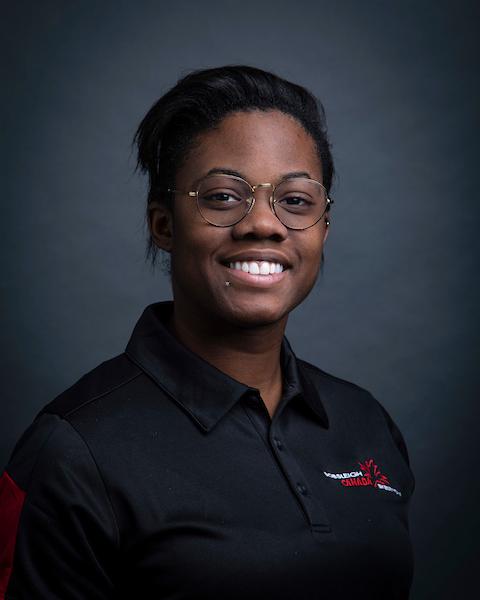 Séréna stumbled upon the sport of bobsleigh while heading out for a day of fun while working in Whistler. Séréna and her friends gave the public bobsleigh ride a try at the Whistler Sliding Centre. Enjoying the thrill of speed down the slick track, Séréna participated in a Discover Bobsleigh program at the Whistler Sliding Centre. She slid for two years with the same pilot, participated in a few provincial races and decided to train full time and worked harder on her starts on the Push Track in Waterloo during the summer months. Now serious about the sport, she attended a Bobsleigh Canada Skeleton camp in Montreal.

Séréna grew up in France in a small city named La Cell-St-Cloud near Paris. She grew up sprint racing, and was a breakdancer for eight years. After moving to Canada to pursue her studies in 2015, she attended the College of Matane (Cegep de Matane) where she played soccer.

While focused now on seeing how far she can progress through the sport.

Séréna enjoys skiing, snowboarding, has a passion for outdoor adventure and enjoys working as a mountain guide in Mont-Tremblant. She has been traveling the world, goes to school, loves reading and hanging with friends, loves music – plays the piano and ukulele, wants to learn violin and accordion. She is a master of making funny faces.