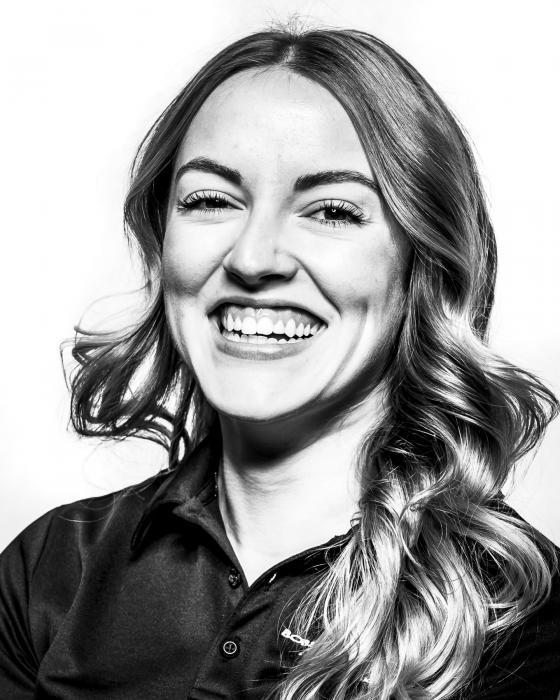 It was Madison’s mom who originally nudged her towards the sport of skeleton. Shortly after the Charney family made the move from Brooks, Alta. to Calgary her Mother noticed Madison was missing something from her sporting life which included varsity rugby, volleyball and track and field. In the winter of 2010, Madison completed her first skeleton school and has been siding ever since.

Madison has represented Canada at the World Juniors five times, finishing seventh, ninth, 11th, 12th and 10th. She locked up her first spot on Canada’s World Cup squad five years ago, thanks to claiming her first national title. She split her time competing on World Cup and Intercontinental Cup circuits until the 2019-20 season where she competed full-time on the World Cup.

A self-described horrible singer, Madison loves her two dogs Molly and Rosie. Her favourite food is maple syrup because it goes with everything and she loves the movie Dumb and Dumber – giving her a laugh no matter when she watches it!

In the summer months Madison can be found outside soaking up the sun or watching her favourite football team play - Calgary Stampeders – a logo she sports on her racing helmet. She also enjoys heading back to Brooks, Alta. to hang out on the farm.

Madison is currently enrolled at Mount Royal University where she is working towards a business degree, taking courses only in the spring semester so she can focus on sliding in the winter.