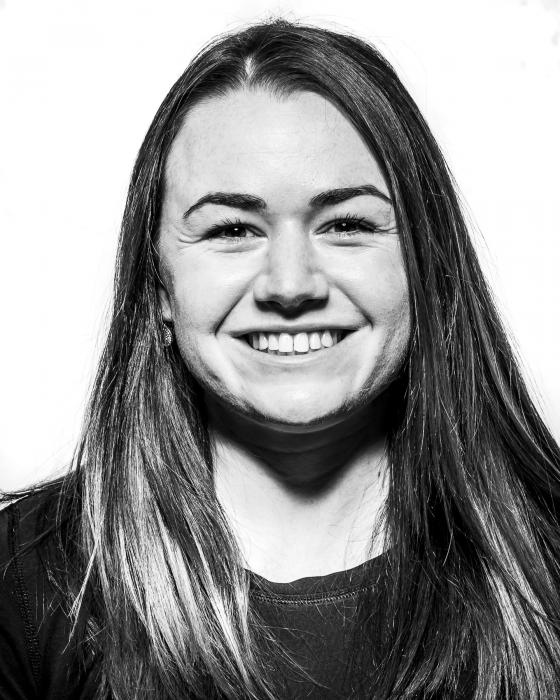 Following a 10-year national level gymnastics career, Natalie was forced to retire after an ankle injury and turned to track and field in university. She followed her parents to the University of Windsor. Natalie’s dad was on the football and track and field squads, and became the jumps coach for 10 years after graduating.

Natalie competed on the varsity athletics team while completing a Bachelor of Science with a major in Honours Biology in 2018.

At the completion of her schooling, Natalie knew she had more to give to sport while watching the 2018 Winter Olympics.

Exploring different options, Natalie was intrigued by skeleton, noticing the sliding sports were part of the RBC Training Grounds. After completing her final track and field race, she registered to participate in RBC’s first round of testing in hope of being recruited by Bobsleigh Canada Skeleton. She was invited to the BCS combine, and then to the Prospects Camp before attending her first sliding school in Calgary.

Natalie studied abroad in New Zealand for a semester at Victoria University of Wellington. A self-admitted adrenaline junkie, Natalie went bungee jumping on the largest swing in the world, and went sky diving with her parents….If she wasn’t sliding she would be back in school with the goal of becoming a Physician Assistant. She is a lover of chocolate, Disney movies and travelling. She enjoys dressing her dog up in costumes.