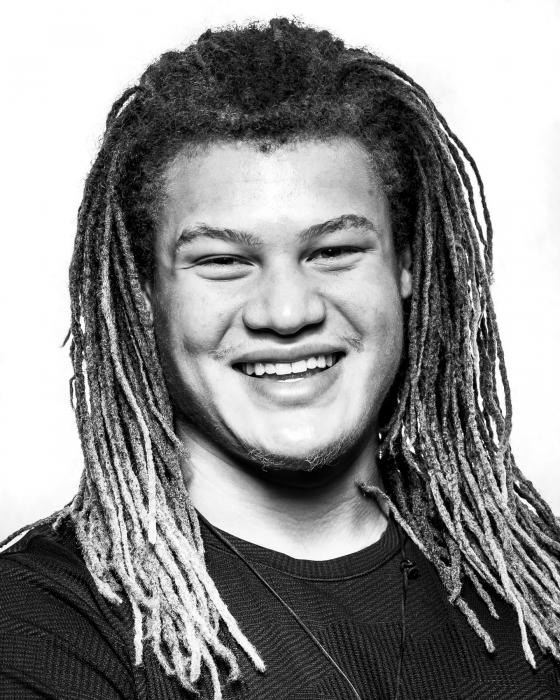 A world class hurdler, a standout running back in the CFL and now a high-performance bobsledder. Kayden Johnson is an all-around gifted athlete.

Kayden was one of the most intriguing athletes drafted by the B.C. Lions in 2020. Tall, powerfull, explosive and strong, Kayden was considered to by many as the top running back available.

The same qualities caught the eye of Canada’s bobsleigh coaches when the multi-sport athlete won the 2018 RBC Training Ground in Winnipeg. The following week they had the Saskatchewan product learning how to push in the Ice House. He took his first memorable trip from the top of the Whistler Sliding Centre in the fall of 2020, and was immediately hooked on the excitement and intensity of the sport.

Kayden’s path to compete in elite level sports began in track and field as medal-winning 60-metre hurdler at York University. His strong results led him to being named York’s male athlete of the year in 2018.

Kayden’s comes by his athletic gift honestly. His father, Winchester, was a decathlete who represented Canada at the masters level. Kayden’s mother, Angy, was a member of the University of Saskatchewan Huskies’ basketball and soccer teams. She also represented Team Saskatchewan in hockey at the 1989 National Championships.

When not chasing his sporting dreams, Kayden has expressed a desire to pursue a film career after majoring in Theatre at York University prior to completing a year of Kinesiology at the University of Saskatchewan. But for now, his ultimate goals are to make Canada’s Olympic Team.