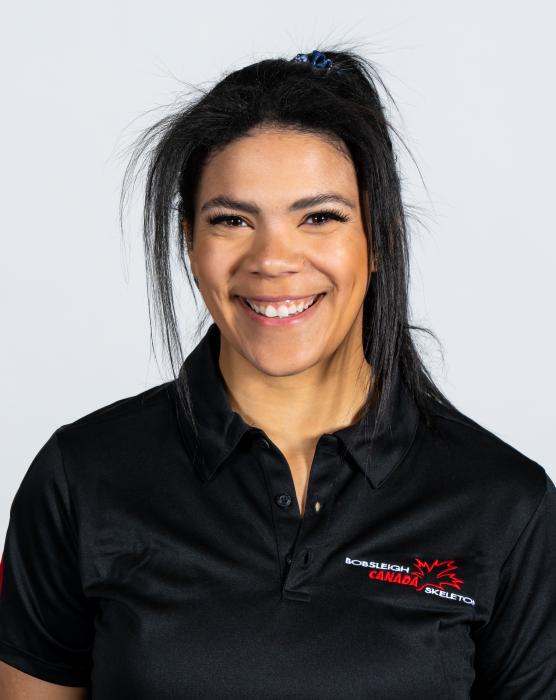 Eden recently switched from the brakeman position to the pilot seat to try her hand at driving, after winning an overall award on the 2021 North American Cup circuit.

Eden’s entry into bobsleigh is unique to say the least. She doesn’t come from a traditional sporting background like many of the other athletes in the national program, however, she spent two decades in competitive show jumping.

Eden has a bachelors degree in Health and Physical Education. Eden unapologetically shows up in the world as a woman, athlete, energy giver and space holder. She brings her signature smile and lightheartedness to everything she does in hopes of bringing a little bit of light to every path she crosses.

As an indigenous and black athlete, Eden is no stranger to overcoming adversity. She hopes to be able to blaze a trail for more diversity and inclusivity in bobsleigh.

Outside of bobsleigh, Eden enjoys spending time with her horses and binging on comedies.