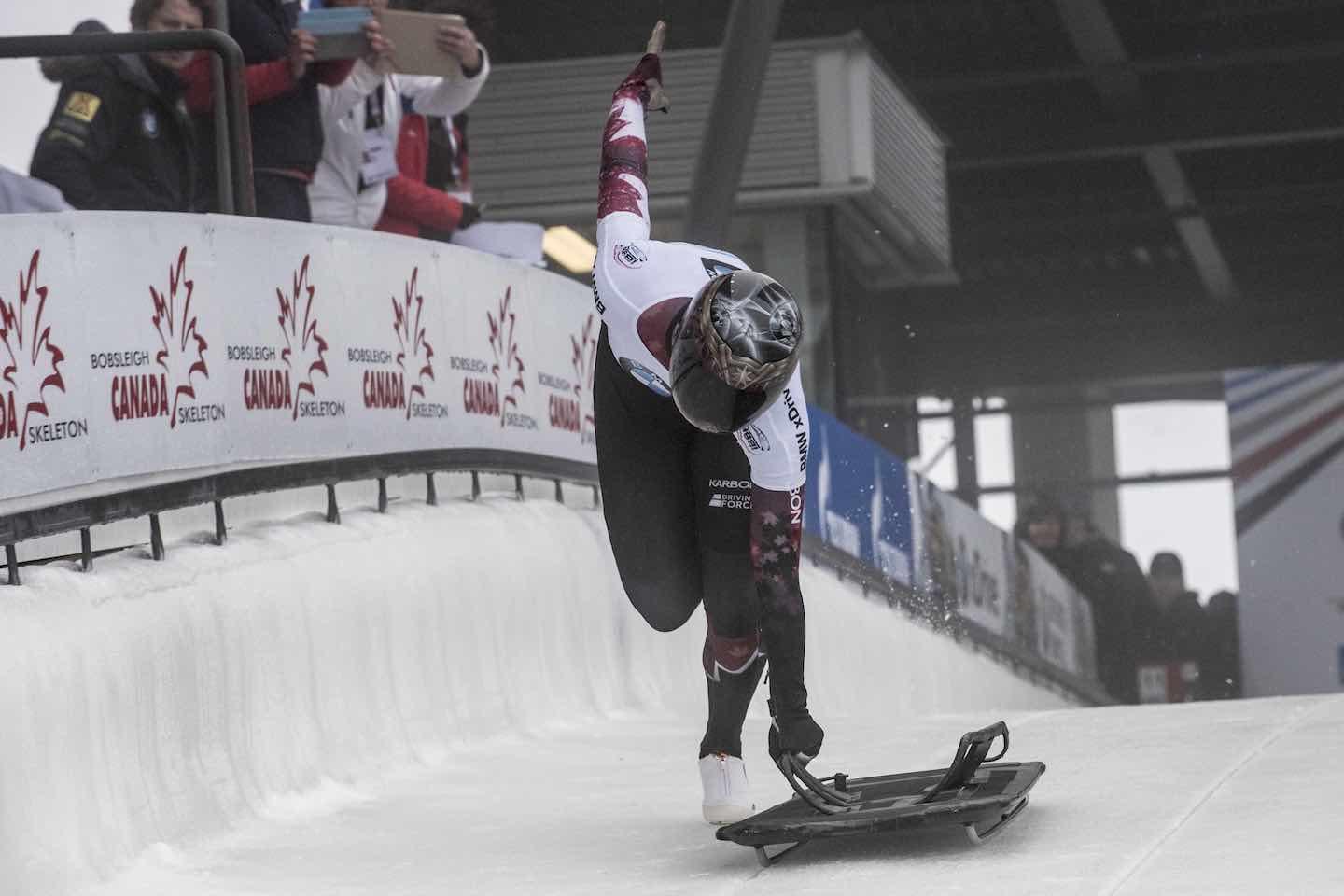 WINTERBERG, Ger.—Canada’s Elisabeth Vathje rocketed to her second silver medal of the World Cup season on Friday in Winterberg, Germany.

Calgary’s Vathje, who was second at the season-opener in Lake Placid this year, fought her way back onto the podium with an impressive two-run performance down the 15-corner German track where she clocked a two-run time of 1:56.10.

“It feels really nice to be back on the podium,” beamed Vathje. “Training has been a massive struggle, and I just knew going into this race that I needed to have fun. That was my goal today – to just really enjoy it.”

After battling through snow in her opening trip down the 1,330-metre chute that left her in fourth spot, Vathje cranked out the second-fastest time in the final heat at 58.10, catapulting her onto the silver-medal step of the podium.

“With the snow, the first run was really tricky. I knew I had controlled it a bit too much in heat one, and just let it rip for run two. I just let it fly at the bottom,” said Vathje, who now has eight podium finishes in her World Cup career to go along with a World Championship medal.

Germany’s Jacqueline Loelling clocked the top combined time of the day at 1:55.86. Russia’s Elena Nikitina held on for the bronze medal after a challenging second run, posting a time of 1:56.11.

The 23-year-old Vathje is no stranger to the Winterberg podium.

She has hoisted the oversized German beer stein that is presented to the medallists two other times throughout her career. Vathje’s lone World Championship medal came in 2015 when she won the bronze in Winterberg. Last year, the fourth-year member of the Canadian squad celebrated her second World Cup victory in the German winter sports resort.

“I really enjoy (sliding) on this track, and my equipment really loves to fly here,” added Vathje.

All three of the Canadian women’s skeleton sleds enjoy soaring in Winterberg.

One year ago, Vathje shared the podium with teammate Mirela Rahneva with a one-three Canadian finish. The duo nearly left with a repeat performance this go around as well.

Ottawa’s Rahneva made a charge for the medals, climbing two spots on her own in the second run, to finish just off the podium in fourth at 1:56.26.

Coming off a silver-medal performance two weeks ago in Whistler, Jane Channell made the move of the day in Winterberg. Sitting in 10th spot after the first heat, the North Vancouver resident clawed her way into sixth after laying down the fourth quickest run in the final run to post a time of 1:56.60.

“I mentioned to Jane and Mimi (Mirela) today that this year we came out fighting, and as a nation we stepped it up,” added Vathe. “It is cool to see because those two girls – Jane and Mimi – are undeniably two of the best in the world. We challenge each other. We help each other and we push each other to be better.”

The Canadian trio are leading the skeleton world as a nation at the midway point of the World Cup season. Vathje moved into second spot in the overall World Cup standings. Rahneva sits in fourth place, while Channell is close behind in fifth spot.