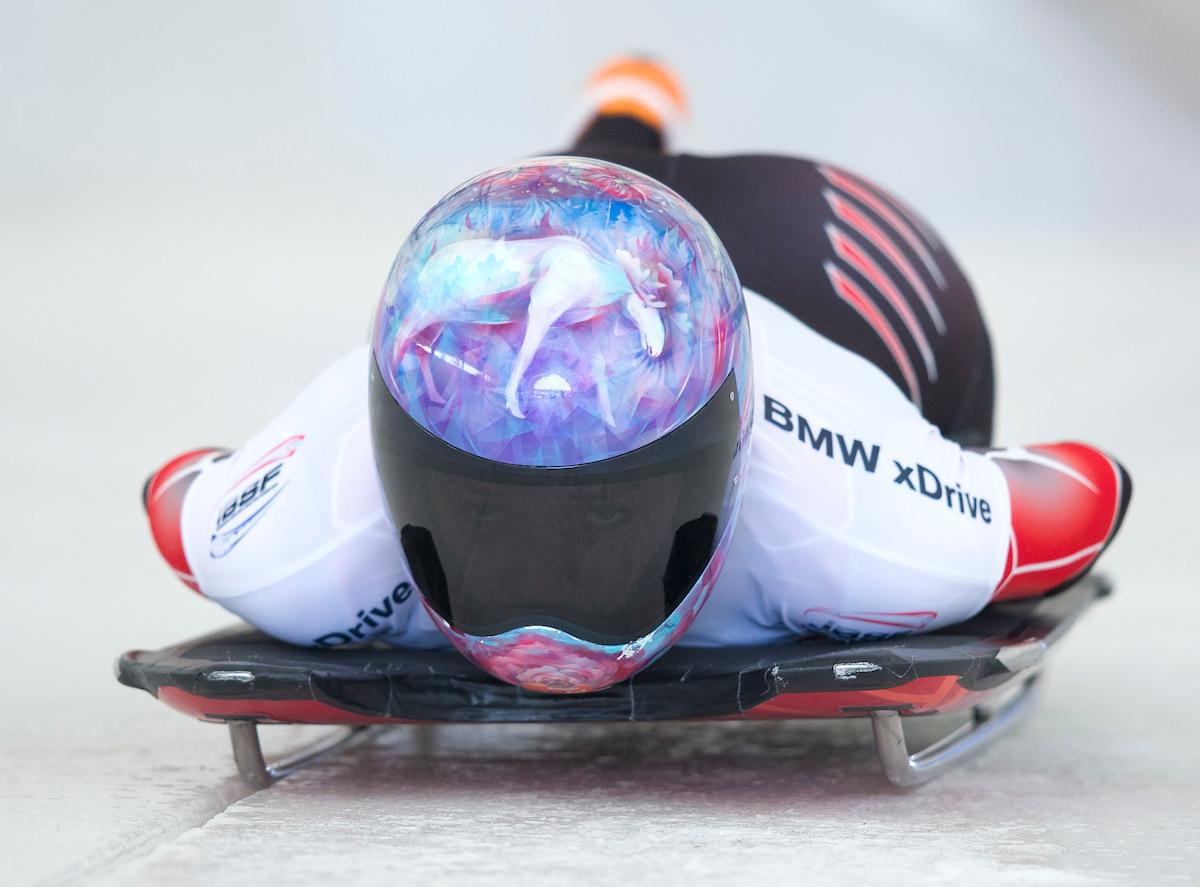 Feeding off her third career World Cup victory during a make-up race on Friday night, Rahneva was back trying to defend home ice on a frigid Saturday morning at the BMW IBSF World Cup Bobsleigh and Skeleton in Calgary, presented by the Calgary Stampede where she clocked a two-run, second-place time of 1:57.52.

“It was a little tricky – the conditions were different than yesterday,” said Rahneva, who also finished third in the overall standings two years ago during her rookie season on the World Cup circuit.

“It was a sticky (start) groove so it was hard to get off the block which affects your speed into the first four corners, but I had a good first run.”

The 30-year-old sat in second place after the first heat behind teammate, and Friday’s bronze-medal winner, Elisabeth Maier.

“It helped to start later in the second run. I had a small mistake in corner four, had late height into five, which sets a strange line heading into corner six. I was able to get back on track in seven, so it wasn’t bad overall,” said Rahneva.

Sitting in fourth place after her first trip down the 1,494-metre track, Germany’s Tina Hermann bolted into the gold-medal position on the podium after laying down the quickest second-run time with Laura Deas, of Great Britain. Deas ended up with the bronze at 1:57.68.

Last off the start block in the final heat, Calgary’s 24-year-old Maier finished one spot off the podium after some challenges at the midway point of the 14-corner track, posting a time of 1:57.74.

“The first run I had a messy corner seven, and a messy Kreisel. I did the same thing in the second run and I new that was going to cost me,” said Maier, who finished eighth in the overall standings. “It’s okay because I was not in the running for the overall. These races were to get me back on my feet which helped a lot. World Championships in Whistler is what is important.”

Rahneva is certainly peaking heading into the World Championships which gets underway next week at the Whistler Sliding Centre. After a sluggish start to the season, the Ottawa-based Olympian has rattled off three podiums in her final four races. Her scorching run began one month ago with a gold in St. Moritz. The only time Rahneva finished off the podium during the season’s final stretch, she came fourth.

“The momentum is definitely exciting, and it comes at a good time with World Champs next. That is what really counts so I’m looking forward to it,” said Rahneva.

There was a lot more on the line this week in Calgary than just the World Cup podium for Rahneva and her Canadian mates, who are at risk of losing their home track at Winsport’s Canada Olympic Park.

“The track is in jeopardy of closing, which is very disappointing. So many of us have moved to Calgary to be in this hub of Olympic sport. It is so convenient to live and train here, and be able to have a job,” added Rahneva. “I am an extremely positive person so I’m confident the people in charge will do the right thing.”