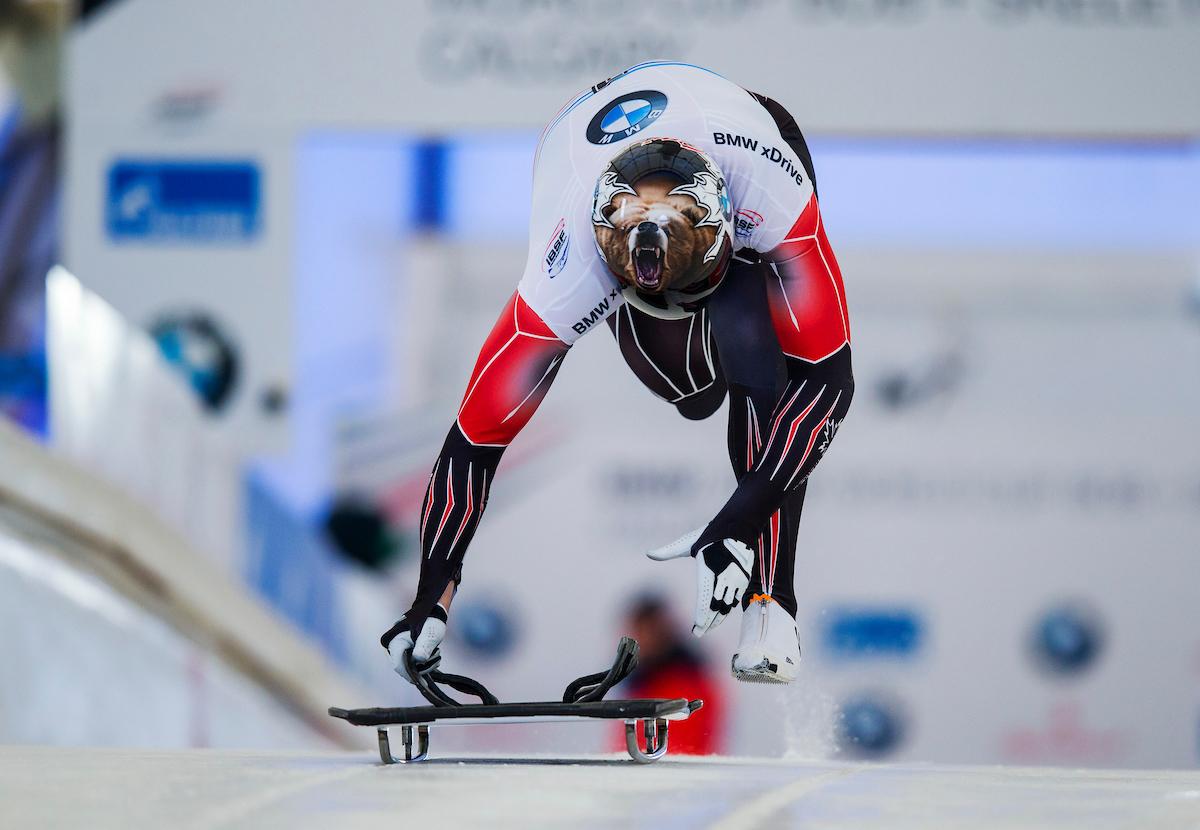 CALGARY—Justin Kripps piloted his Canadian crew to a fifth-place finish in the four-man bobsleigh race, capping off the 2019 BMW IBSF World Cup Bobsleigh and Skeleton, presented by the Calgary Stampede.

Coming off a silver medal performance in the two-man race on Saturday with rookie Ryan Sommer (White Rock, B.C.), the Canadian duo hopped into the big sled with Cam Stones (Whitby, Ont.) and Ben Coakwell (Saskatoon) to post a two-run time of 1:48.10 on Sunday afternoon.

“I was hoping to carry a little bit more momentum into World Championships, especially after winning last week,” said Kripps, who pointed to the start in the second run as costing his crew a shot at the podium.

“The second run was a disaster at the top. We couldn’t hear anything with the crowd noise. The load was bad and we went into the wall on corner one, but that is on us,” said the 32-year-old Kripps.

“We practice for this stuff and had the same calls at the Olympics. This is more about us figuring out how to deal with that. I imagine it will be louder at World Championships so we will need to figure it out. We did push well. It was just the load.”

Sitting in fifth-place after the first run, the Canadians actually improved on their start despite the challenges at the top to hold their position.

The Germans swept the four man podium. Francesco Friedrich piloted his crew of Martin Grothkopp, Candy Bauer and Thorsten Margis to the gold medal with a time of 1:47.63.

Dave Greszczyszyn slid to sixth spot for the second-straight World Cup race on home ice in Calgary on Sunday morning.

“Anytime you finish in the top-six with these guys it is a great day,” said Greszczyszyn, who clocked a two-run time of 1:53.41.

Nicknamed “Grizz”, the 39-year-old was hungry to pounce onto his second career World Cup podium after sitting in a tie for third place after his first rip down the 14-corner track. The only other time he has been third in his career was at a World Cup stop last year in Winterberg, Germany.

“I know this track quite well. I was comfortable out there and tried to relax,” said the Brampton, Ont., Olympian. “I had a good start position in 15th and when I came across the finish line and saw 3, I was pretty happy because that is only the second time in my career that has happened.”

Greszczyszyn, who was also sixth on Friday night during a makeup skeleton race in Calgary for an event that was snowed out in Konigssee last month, was looking to improve on that place with a faster start and cleaner second run.

“I just wanted to try and put down a similar run on my second run. I had a faster push so that was a plus, but I was trying to fix my first run mistake of being on corner 8 too long where I tapped the left wall, and this time tapped the right wall coming onto that straightaway. You have to shoot for the middle to get that speed and that’s where it cost me.”

The part-time substitute teacher settled for sixth place, which secured him eighth spot in the Overall World Cup Finals for the second time in his career.

Korea’s Sungbin Yun won the men’s race with a time of 1:52.70. Russia’s Alexander Tretiakov clocked the second-fastest time in both heats to lock up the silver medal at 1:52.76. Latvia’s Tomass Dukurs threw down the quickest time in the final heat to win the bronze medal at 1:53.21.

Two other Canadians also suited up for the men’s skeleton race. Kevin Boyer, of Sherwood Park, Alta., was 19th (1:54.79). Competing in his first World Cup, Calgary’s Kyle Murray slid to 22nd spot and did not qualify for the second run with the top-20 athletes.