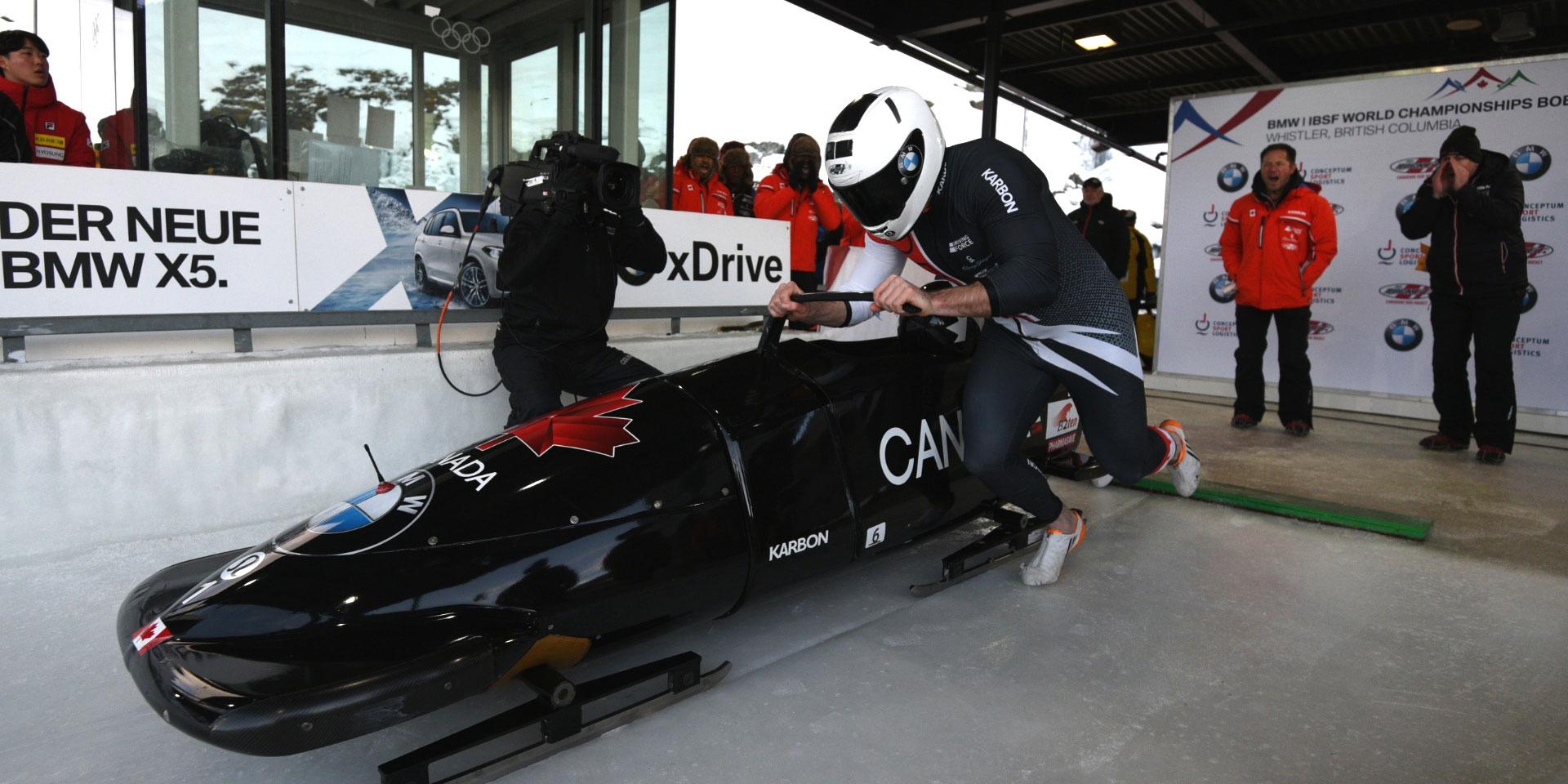 WHISTLER, B.C.—Justin Kripps and Cam Stones put down four consistent runs over two days to win the silver medal in the two-man bobsleigh competition at the BMW IBSF World Championships on Saturday in Whistler, B.C.

Kripps (Summerland, B.C.) and Stones (Whitby, Ont.) did all they could to put an end to Germany’s Francesco Friedrich and Thorsten Margis’ perfect season but were forced to settle for the silver medal with a combined time of 3:25.13.

“Our team’s theme for the World Championships was to be relentless. I wanted to be ice cold up there and lay down near perfect runs every time and try to put the pressure on everybody. It is a real difficult track, so they are bound to screw up at some point and I think we did that,” said Kripps.

It was the 32-year-old’s second World Championship silver medal. He was also second in 2017 with Jesse Lumsden. He also has 12 World Cup two-man podiums on his growing resume.

“Friedrich and Margis were in a league of their own on the starts so are pretty tough to catch, but we were pretty consistent. The last run I was thinking to just be free, have a clear mind and be relentless.”

One year ago, Kripps shared the top step of the Olympic podium with Friedrich and Margis, but this edition of the epic bobsleigh battle that is shaping up between the two leading countries on the men’s two-man track went to the Germans. They held off the scrappy Canucks while clocking a golden time of 3:24.53.

Germany’s Nico Walther and Paul Krenz held off Canada’s Chris Spring and Nevill Wright to win the bronze medal at 3:25.43.

“Of course we wanted to win. To be World Champions on our home track would have been amazing,” added Kripps. “Friedrich had an awesome year. The Germans don’t take years off. They bring it every time. We are rebuilding a bit. Cam stepped up for us this year and put us in the mix, so we have to be really happy with what we were able to achieve.”

The first round of the World Championship bout went to Kripps and Stones when they set a new track record in the opening heat. The Canucks ripped down the 16-corner track that winds around Blackcomb Mountain in a time of 50.96.

“All of our pushes were good, but it all came down to how well Justin drove,” said Stones, who pushed Kripps to three silvers and one bronze medal in just five World Cup starts this season.

“At the beginning of the year we had so much turn over with new athletes. A core group of guys came back and everyone contributed. So many of our guys who don’t even get to sit in the two-man sled, are working behind the scenes, playing such important part in our success as a team. We will continue to work together and build on this.”

One of those key newcomers to the program was Pat Norton. The Ottawa native kept the Canadian squad’s focus on its mission for medals Saturday night.

“It was really cool when we put the sled down tonight and I saw a sticker (Pat) put on our sleds that said ‘relentless,’” added Chris Spring, who battled to fourth place with a combined time 3:25.68.

On the short of end of the start draw based on their international ranking, Calgary’s Spring and Edmonton’s Neville Wright scrapped their way into podium contention, ruthlessly laying down consistent runs on the 1,700-metre track.

“The start draw didn’t help us for the first run, but luckily we put down a solid one to be in the mix for the next three runs,” said Spring.

“It is bittersweet finishing fourth, but I just kept thinking of what our coach Todd Hays told us before these races that if we prepared the best we could, and put down our best performance, then we will be free from thoughts of ‘what if.’

“We did that today so I’m happy to walk away free from this competition knowing I did everything we could.”

The 2019 World Bobsleigh and Skeleton Championships continue on Sunday in Whistler with the final two women’s runs, along with the team event. Canada’s Christine De Bruin and Kristen Bujnowski sit in fourth spot after the first two heats.