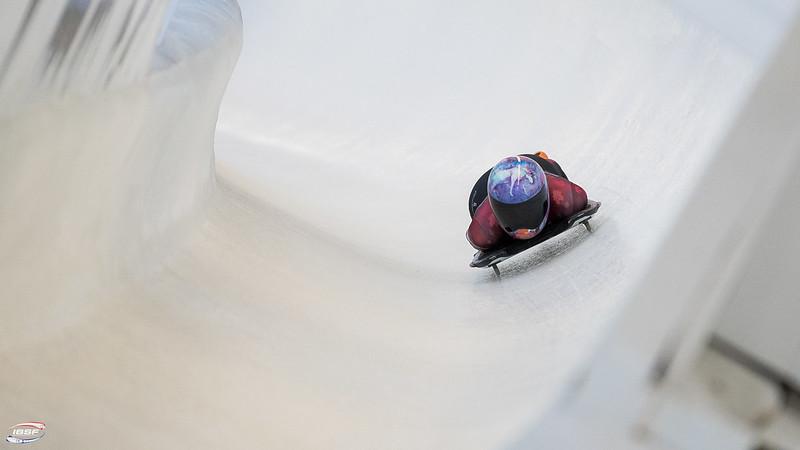 A repeat performance from one week ago, the 31-year-old was in third place after her first decent down the 20-corner track but was edged off the podium after finishing with a combined time of 1:51.15.

“There were lots of building blocks laid here over the last two weeks. I’ve slid personal bests all week,” said Rahneva. “The conditions played a big role on race day, but I’m so happy with my result.”

Clocking the sixth-fastest start times in each heat, the Ottawa based Olympian was flying during her second blast down Mount Van Hoevenberg where she was on pace to securing a spot on the podium until a mistake in the bottom of the track cost her a spot on the podium for the first time this year.

“Overall I’m pumped for the week we had here in Lake Placid. It was such a great dynamic with the team and we are looking forward to coming back for World Championships next year,” said Rahneva.

Russia’s Elena Nikitina slid to the gold medal with a time of 1:49.93. Germany’s Jacqueline Loelling stopped the clock at 1:51.05 for the silver medal. Austria’s Janine Flock rounded out the women’s podium after posting a time of 1:51.11.

Two other Canadian women were stacked on top of each other in the standings. North Vancouver’s Jane Channell was not able to capitalize on putting down the third-fastest start times in both heats. The 2018 Olympian placed 17th at 1:52.65. Calgary’s Madison Charney finished one spot back in 18th at 1:52.79.

The Canadian men did not qualify for the second runs with the top-20 athletes. Kevin Boyer, of Sherwood Park, Alta., placed 25th. Calgary’s Kyle Murray was 26th.

Russia’s Alexander Tretiakov won the gold with a two-run time of 1:46.55.