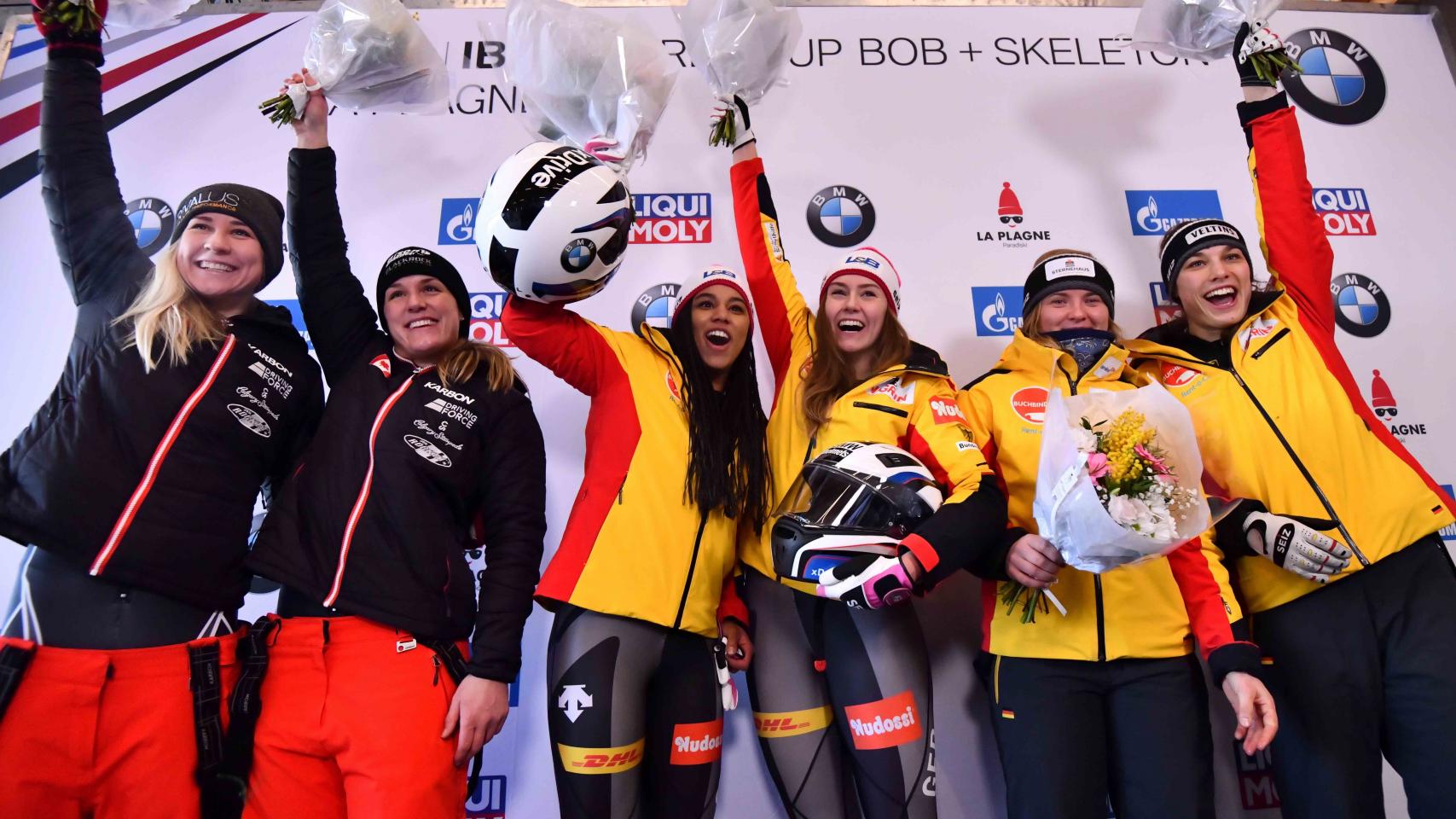 LA PLAGNE, Fra.—Canada’s Christine de Bruin held on to special memories of how her bobsleigh driving career began in her return to La Plagne, France to help boost her and brakeman, Kristen Bujnowski, to the silver medal on Saturday.

Competing in their first race together on the 1,500-metre track, the Canadian duo celebrated after a second-place combined time of 2:01.64.

“I did brake here once in 2012 and it was that week when the coaches took me aside and told me I would be returning back to Canada to become a pilot,” said de Bruin, of Stony Plain, Alta. “So, La Plagne is a special place to me because it was the beginning of a new chapter for me, and now getting a silver here makes it even more special.”

Finishing just .21 seconds behind 21-year-old rookie pilot from Germany, Laura Nolte and Deborah Levi, de Bruin was a tactician down the lengthy 19-corner chute. The Canucks were second place after the first heat. They held their spot despite clocking the fourth fastest time in the final run.

De Bruin and Bujnowski (Mount Brydges, Ont.) have enjoyed instant chemistry since hopping into their Canadian sled one year ago. Bujnowski, a former track and CrossFit athlete, propelled the Canadian sled to its second podium this season. The Canadian duo also won bronze in Lake Placid prior to the holiday break.

“We were a little out of our usual rhythm last week, but were really happy with our technique today,” said the 27-year-old Bujnowski. “It’s really nice to feel like we are back on track.”

It was their fourth career World Cup medal in addition to winning the bronze medal at the 2019 World Championships.

“Every track is so different, so it always feels like we are starting from square one each week,” said de Bruin. “I love Igls and we can’t wait to work on continuing to improve when we get there next week. Igls is where I competed in my first World Championships, and we haven’t been there since the Olympic year, so we are looking forward to next week.”

Meanwhile, Canada’s Justin Kripps and Cam Stones struggled to find the fast line in France, finishing in a 10th-place tie with a time of 1:59.54.

Germany’s Francesco Friedrich and Alexander Schueller set the time to beat at 1:58.52. Latvia’s Oskars Kibermanis and Matiss Miknis were second at 1:58.78.

Switzerland’s Michael Vogt and Sandro Michel slid to the bronze medal with a time of 1:58.86.

The World Cup continues on Saturday in La Plagne with the four-man bobsleigh race.