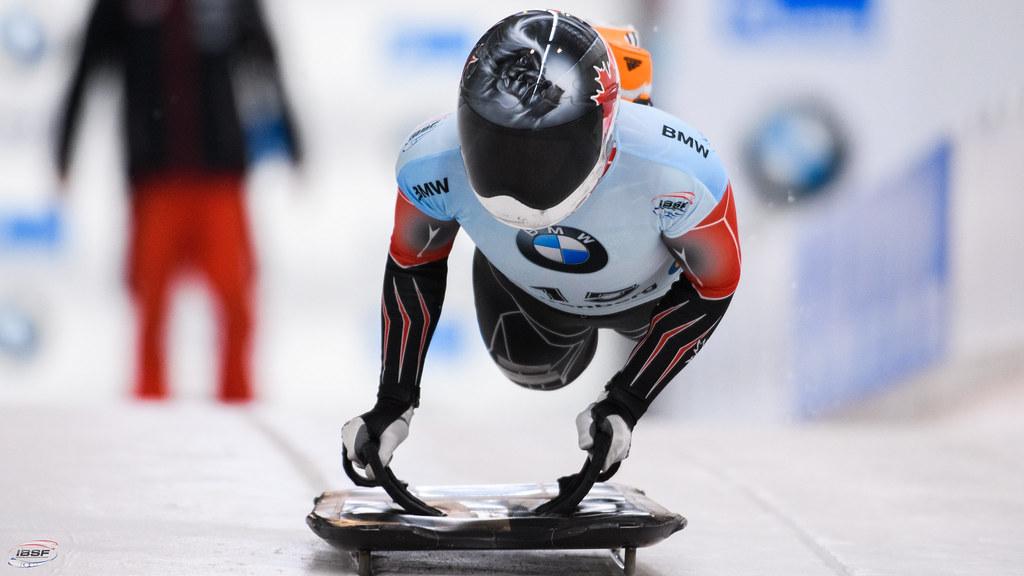 ALTENBERG, Ger.—Canada’s Jane Channell put down one of her best performances of the year when it counted most, but will leave the 2020 BMW IBSF World Championships in Altenberg, Germany wondering ‘what if?’

The North Vancouver resident rocketed to an eighth-place finish in the four-heat race held over the last two days. Channell chalked up a combined time of 3:57.61 over the four runs.

“This was my strongest performance of the year. I was on a new sled this year, so the season was one of learning and getting used to it. I finally felt good on my sled just in time for this race,” said Channell, who has struggled to find her way into top-10 this year. “Everything was trending in the right direction and it all came together for this race.”

The 31-year-old Channell bookended her World Championships with her top runs of the season. Taking advantage of consistently fast starts, Channell sat in third place after her opening rip down the 1,413-metre track. But a costly mistake at the top of her second run, which killed her speed, dropped her to eighth at the midway point of the race.

“That first run was huge for me. I thought I could do it. I know my coaches, family and friends knew I could do it, but to actually do it and come down in third means the world to me and validates to me that I can do it,” added Channell.

“In the second run, anything that could have went wrong – went wrong. I scorpioned out of corner four with my spikes hitting the ice which was a huge speed killer. Then on the straight, I drifted out of corner nine with no speed and wasn’t able to get my sled back early into the Kreisel. Trying to prevent another skid cost me even more time.”

Channell cleaned things up on her third heat before posting the fourth-fastest time in the final blast down the track to secure eighth place.

“Two-day races are tough mentally and physically. To be able to perform over both days is very important. You need to be consistently great at the Olympics (four-heat races), so this is a great practice,” added Channell. “There is always work to do, but I’m happy with how these last two days have gone. I wish we had more competitions now to keep the momentum going. The amount of support from our federation and the coaching staff has been amazing.”

Germany’s Tina Hermann won the women’s World Championship crown with a combined time of 3:54.52. Switzerland’s Marina Gilardoni was second at 3:54.74, while Austria’s Janine Flock held on for the bronze medal with a time of 3:55.73.

Ottawa’s Mirela Rahneva struggled to find her top speed on the testy 17-corner German track. Rahneva, who finished fifth on the Overall World Cup circuit this year, placed 16th on Saturday at 3:59.51.

Two Canadians also suited up for the men’s skeleton race which wrapped up on Friday. Neither of the Canadian sleds qualified for the final run with the top-20 athletes.

The World Championships wrap up on Sunday in Germany with the four-man bobsleigh races. Canada’s Justin Kripps, Cam Stones, Ben Coakwell and Ryan Sommer sit in a tie for fourth place, just .03 seconds off the podium heading into the final two runs on Sunday.