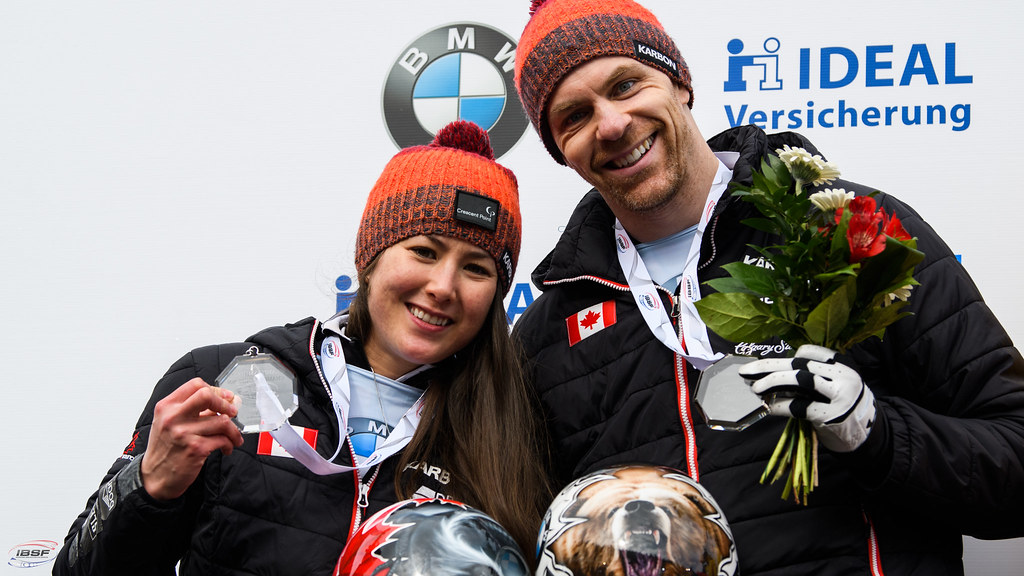 CALGARY—A handful Olympic veterans will be joined by a determined group of development athletes looking to make their mark on the international stage when Canada’s newly-named National Skeleton Program gets back on the start line in the New Year.

The squad will be led by four Olympians on the Senior Skeleton Team including: Jane Channell (North Vancouver); Elisabeth Maier (Calgary); Kevin Boyer (Sherwood Park, Alta.); and Dave Greszczyszyn (Brampton, Ont.). Channell and Maier have both finished third in the Overall World Cup standings throughout their careers. Maier, a winner of 10 World Cup medals, rejoins the National Team after a one-year maternity leave.

“COVID-19 has forced everyone to remain in a high alert fluid state. It’s exhausting but is necessary in order to keep the bigger picture in mind. The things we took for granted, like our health, is now at the forefront with decision making. Do we travel and compete? Or stay at home and train,” said Jane Channell. “While it would be nice to have our track in Calgary running, Canada is fortunate enough to have a home track in Whistler which has opened its doors to us, allowing us to train and slide on world-class ice.”

Four other Calgarians will also look to make a statement on the elite skeleton circuits. Jaclyn Laberge and Madison Charney will continue their development in women’s racing. Mark Lynch is the top-ranked Canadian male, while Kyle Murray rounds out the men’s team.

“This is a talented group of athletes who are focused on winning medals internationally,” said Chris Le Bihan, high-performance director, Bobsleigh Canada Skeleton, who added Canada will be able to start two men’s and two women’s sleds in each of the World Cup races this year.

“Led by our Olympic veterans, this group has proven they can compete with the world’s best. Our focus this year will be on the World Championships providing it is safe to travel following the holiday break, and putting the finishing touches on our 2020-21 preparations for the critical Olympic year.”

While travel details are not yet confirmed, the National Skeleton Program plans to field Canadian athletes for international competitions – both in Europe and the United States – following the holiday break providing it is safe to do so.

“We are doing our part to help the country recover and protect those most vulnerable while training and working towards our bigger goal of the 2022 Beijing Olympics Games,” added Jane Channell. “We’ve been gifted time, each of us working on our weaknesses to turn them into strengths. When it is safe to rejoin our respective circuits, we will do so without skipping a beat. We will be ready.”