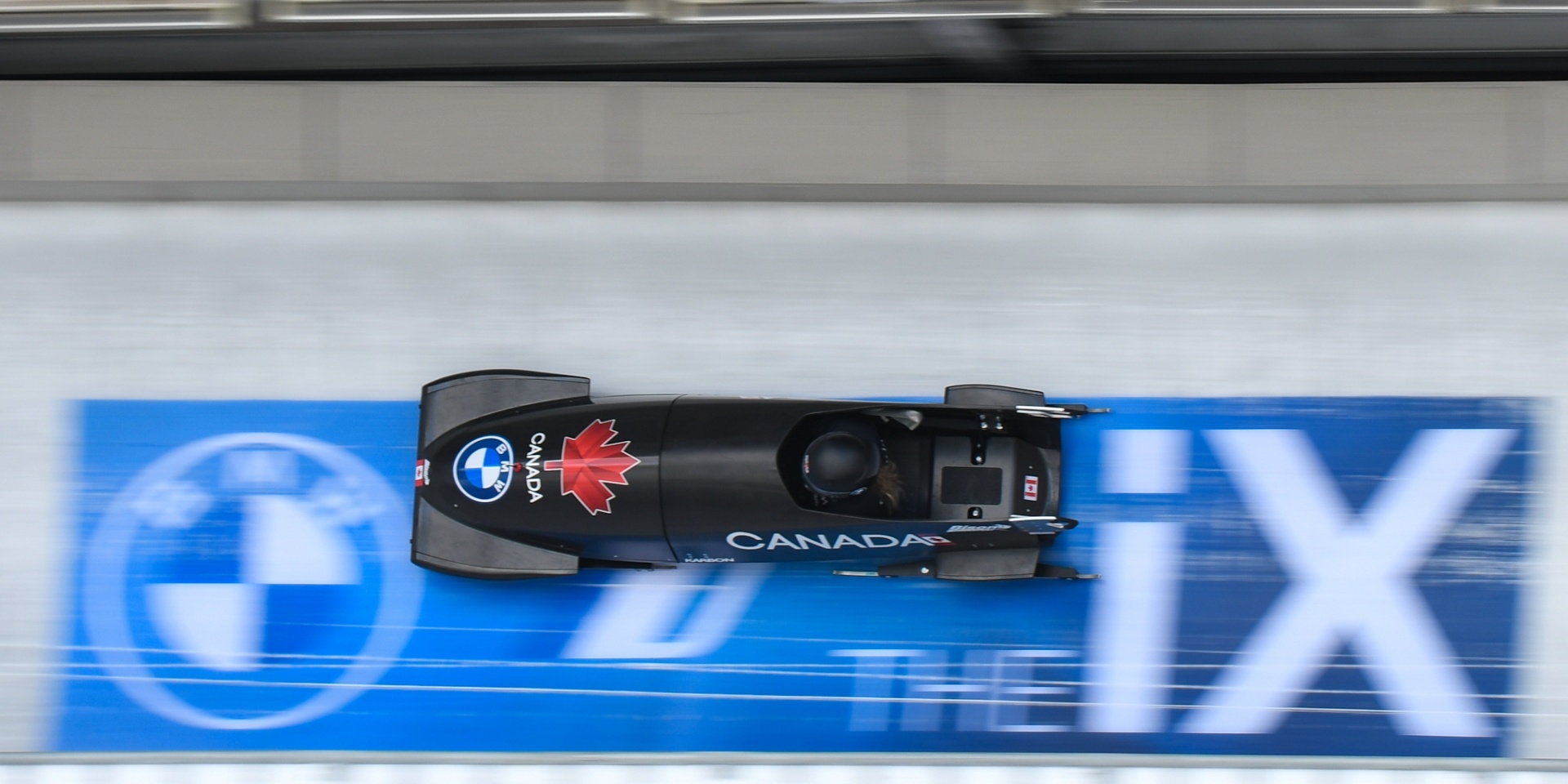 Two strong pushes and solid drives that ended with a combined time of 1:39.84 down the 16-corner track left the Canadians scratching their heads in fourth place.

“I think we executed well. I was happy with my driving and our pushes, but we just don’t really have the set-up (runners) for this kind of warm weather, so I think we were a bit behind on the equipment today unfortunately,” said the 34-year-old Kripps who hails from Summerland, B.C.

The Canadians were running in podium position until the bottom portion of the track on the 1,675-metre track before dropping to fourth at end the of their first run. The duo were not able to make up any time on the field in the second heat, but maintained their position.

Germany’s Francesco Friedrich and Thorsten Margis continued their dominance of the men’s World Cup bobsleigh circuit, winning with a time of 1:38.69. Johannes Lochner and Eric Franke, also of Germany, snagged the silver at 1:38.89. Austria’s Ben Maier and Kristian Huber slid into the bronze-medal step of the podium with a time of 1:39.65.

Canada’s Justin Kripps has had a lot of success on the track in Konigssee. His first career World Cup podium in the driver’s seat came on the German track in 2014 when he won the race just prior to the Sochi Olympic Winter Games. Not only did he also slide to a bronze medal in 2015, but he also locked up his 2018 Overall World Cup two-man title with a bronze-medal on this track. His first career World Championship medal in 2017 also came in Konigssee. He enjoyed a double-medal weekend in Konigssee one year ago.

Calgary’s Chris Spring also continued his comeback on the World Cup after taking last season off. The three-time Olympian teamed up with Ottawa’s Mike Evelyn to finish in 10th place with a time of 1:40.14.

“Overall, I’m really happy with today. Coming into the race, we really didn’t know how we would stack up against the top girls at the push and the finish line so I’m happy to see that I was right there with them at the top and bottom of the track,” said Lotholz.

An explosive starter, Lotholz posted the third-fastest start times in each heat. Sitting in eighth spot after her first rip down the tricky track winding down the Bavarian Alps, Lotholz climbed three spots up the leaderboard after posting the third-fastest final run.

“Coming into this race Cynthia (Appiah) and myself had approximately 30 runs on this track compared to the hundreds that some of the veteran pilots have had here in Konigssee so I’m really proud of what we did, and excited for what’s to come. I definitely think we made a few heads turn,” added Lotholz.

After hopping into the pilot’s seat after pushing Christine De Bruin to a seventh-place finish at the 2018 Olympic Games in PyeongChang, Lotholz is now on a mission to hunt down the world’s best in women’s bobsleigh.

Demonstrating the power and explosiveness that made her a world-leading brakeman on Saturday, Lotholz continues to master the art of driving as a developing bobsleigh pilot on the track to Beijing 2022 where the women’s monobob discipline will make its Olympic debut.

“As a former brakeman pushing from the back of a sled feels like home for me, and that showed today. The challenge then is to get out of that brakeman mindset and focus on smooth, clean runs down the track,” said Lotholz.

Two other Canadian women also continued their development in the monobob. Christine De Bruin (Stony Plain, Alta.) finished seventh with a time of 1:47.93. Toronto’s Cynthia Appiah, another brakeman turned pilot after the 2018 Games, not only posted the fastest start time in both heats she also moved the start record in Konigssee to 5:38. The developing pilot found herself in 11th place (1:48.43) after crossing the finish line for the second time.

The Americans claimed the top-two spots on the women’s monobob podium. Kaillie Humphries was first at 1:46.75. Elana Meyers Taylor was second with a time of 1:47.37. Germany’s Stephanie Schnneider slid to the bronze medal at 1:47.50.