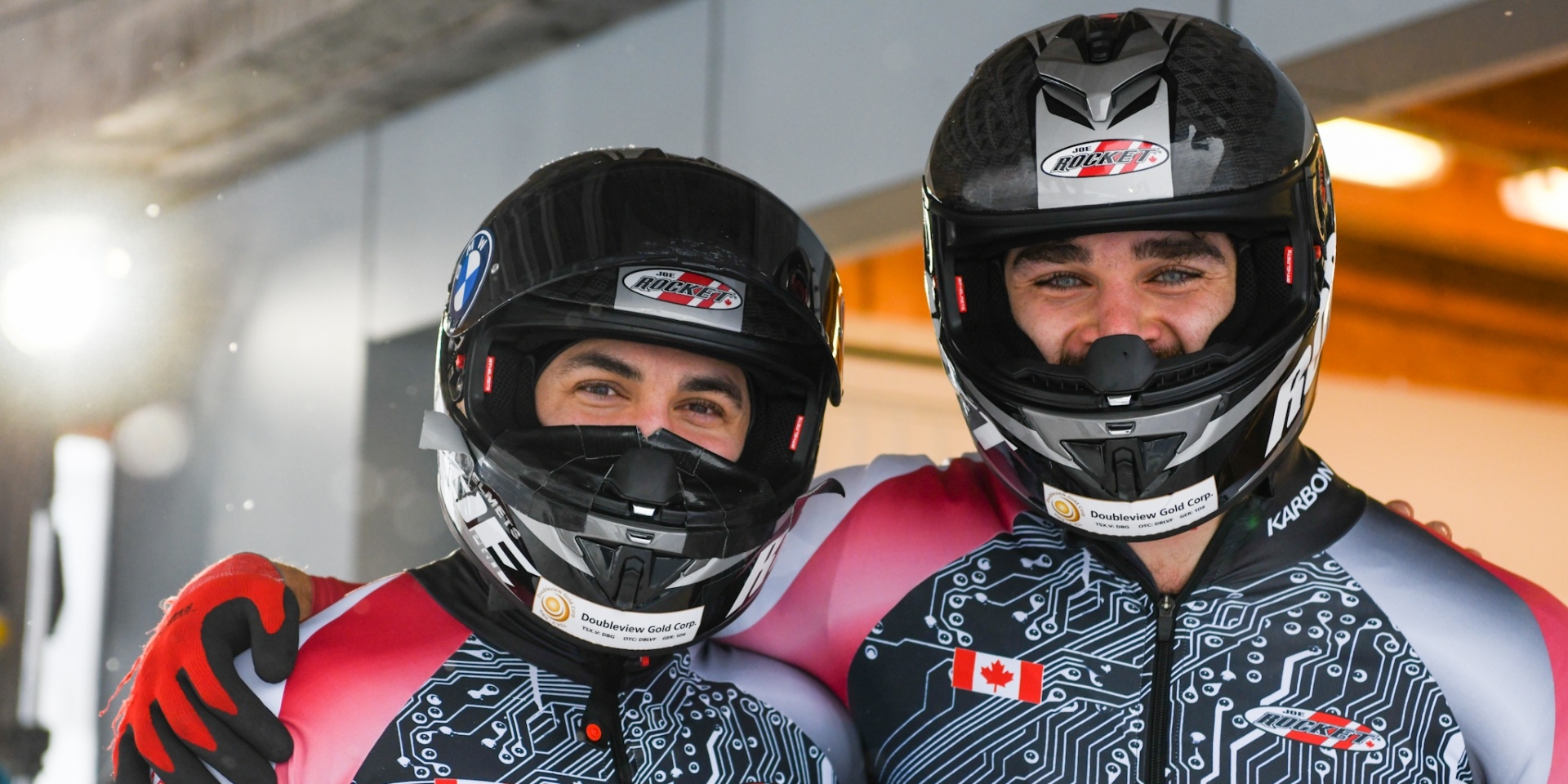 ALTENBERG, Ger.—Cynthia Appiah and Erica Voss were the lone bright spots on a challenging opening weekend for Team Canada at the Bobsleigh World Championships in Altenberg, Germany.

The 30-year-old Appiah, who was competing in her first World Championships as a pilot, along with 24-year-old rookie brakeman, Erica Voss, put down the fifth-fastest final-run time to lock up ninth place overall in the women’s bobsleigh race, finishing with a time of 3:50.77.

“I’m beyond ecstatic with how my first Worlds went as a pilot,” said Appiah.

The World Championships model the Olympic format. The four-run race is held over two days. The two Torontonians posted the ninth-fastest time in the first two runs. Their only setback came in their third trip down the difficult 17-corner track.

“I wish I could take back my third run as I could have really moved up a lot had I been consistent, but three out of four runs is not bad at all,” added Appiah. “I knew going into the fourth run that I couldn't give up and that I had to quickly toss aside the third run.  Once I set my mind to it, I knew that the last run was going to be a good one.”

“Given the fact that I was in a new sled for the second week in a row, with a new brakeman on one of the most challenging tracks on the circuit and had considerably less runs than everyone else in the field, I'm proud of my ninth-place finish,” said Appiah. “I don't think there were many expectations of me other than to learn this Altenberg track and to enjoy my first Worlds for what it was.

“My season was a rollercoaster to say the least, so to see myself at Worlds in the two-woman event is something that I would not have pictured two months ago.  Our team's stint in Whistler didn't go as well as I would have liked, and I know there was doubt across the board as to whether I could even drive anymore. But the coaches and my brakemen didn't give up on me so I knew I couldn't give up either. My entire season has been a fight but with each tumble I got right back up and fought harder. Now I can smile from ear to ear knowing the hard work has finally paid off. Looking into next season couldn't be brighter. I don't think a lot of nations had thought of me as being a potential medal threat, but these past two weekends (Igls and Altenberg) have shown that I intend to make a great battle for both two-woman and monobob at the Beijing Games.”

The United States sled of Kaillie Humphries and Lolo Jones won with a time of 3:48.26. Germany grabbed the final two spots on the women’s podium. Kim Kalicki and Ann-Christin Strack were second at 3:48.61. Laura Nolte and Deborah Levi slid to third place with a time of 3:49.27.

Edmontonians, Alysia Rissling and Dawn Richardson Wilson, were the next best Canucks in 12th place with a time of 3:51.16. Christine De Bruin (Stony Plain, Alta.) and Sara Villani (Norval, Ont.) were 16th at 3:51.61.

Canada’s two men’s sleds battled into the top-10 despite unlucky start positions for the opening two runs on a snowy Saturday in Altenberg.

Calgary’s Chris Spring and Ottawa’s Mike Evelyn clocked the fourth-fastest final-run time to move into ninth spot with a time of 3:43.13.

Justin Kripps (Summerland, B.C.) and Cam Stones (Whitby, Ont.) will put this weekend behind them after a 10th-place finish with a time of 3:43.25.

The Germans swept the men’s podium. Francesco Friedrich and Alexander Schueller were tops in all four runs to take the 2021 World Championship title. The Germans stopped the clock at 3:39.78. Johanes Lochner and Eric Franke were second at 3:41.83, while Hans Peter Hannighofer and Christian Roeder won the battle for bronze medal with a time of 3:42.01.

The World Championships continue on Thursday in Altenberg with the opening two runs in the women’s and men’s skeleton races. Women’s monobob and four-man bobsleigh will headline the final weekend of competition, February 13-14.