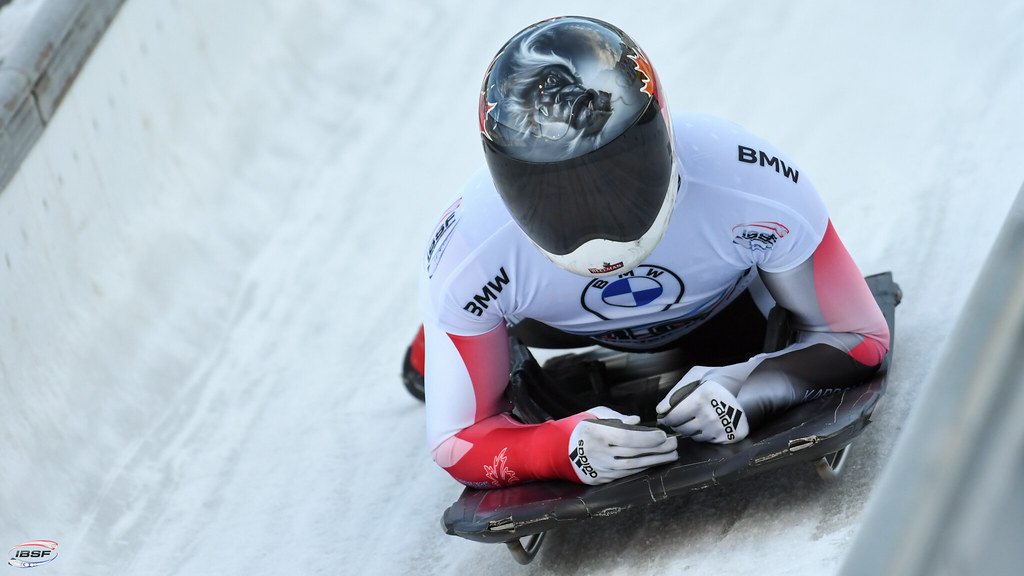 ALTENBERG, Ger.—Jane Channell battled through tough conditions to finish in eighth spot at the Skeleton World Championships for the second-straight year in Altenberg, Germany on Friday.

ALTENBERG, Ger.—Jane Channell battled through tough conditions to finish in eighth spot at the Skeleton World Championships for the second-straight year in Altenberg, Germany on Friday.

The North Vancouver resident was steady throughout the four-heat race held over the last two days, chalking up a combined time of 3:54.95 over the four runs. Channell finished just .30 seconds off the podium in a nail biter of a race.

“It was super close between me and third today, so it was really exciting with lots of movement between placings,” said the 32-year-old Channell, who won a bronze medal in her only World Cup start this year.

“It was really cold here all week, and the ice has been the hardest anyone has ever remembered sliding on in Altenberg.”

The cold weather combined with the squarely cut and challenging 17-corner track in Altenberg eliminated home field advantage for the Germans. Channell, who sat in eighth place after the first two trips down the 1,413-metre track, was not able to move up the standings despite clocking the fifth and sixth-fastest times respectively in her final two heats.

“Considering this crazy COVID year, we are all thankful just for the opportunity to be out here in Europe sliding and representing Canada. The IBSF has done a great job managing and implementing the COVID-19 protocols to allow us to continue to compete,” added Channell, who competed for Canada at the 2018 Olympics and remained in Whistler to focus on training for a big chunk of the season.

“I only had three Intercontinental Cup races and one World Cup start before World Champs, so I have to be happy with eighth. I could have cleaned up my runs more. I could have had faster times, but that’s racing. I did the best I could in those four heats so I’m proud of myself, my teammates and my competitors for being resilient this year. It’s been a tough year, but a good one and it will make us stronger heading into the Olympic year.”

Channell also finished eighth at last year’s World Championships in Altenberg. The main event on the international sliding sport calendar was originally slated to take place in Lake Placid but was moved due to international travel challenges associated with COVID.

The Germans grabbed the top-two spots on the women’s podium. Tina Hermann slid to the gold medal with a time of 3:52.97 and Jacqueline Loelling was second at 3:53.08. Russia’s Elena Nikitina edged out Alina Tararychenkova for the bronze medal at 3:54.65.

Calgary’s Elisabeth Maier rebounded after a difficult opening day to finish 18th overall with a time of 3:57.86.

Neither of the two Canadian men qualified for the final heat with the top-20 sleds. Calgary’s Mark Lynch was 21st. Kyle Murray, also of Calgary, finished 27th.

Germany’s Christopher Grotheer was tops in men’s skeleton with a time of 3:46.31.

The World Championships wrap up this weekend in Germany with the women’s monobob and four-man bobsleigh races.