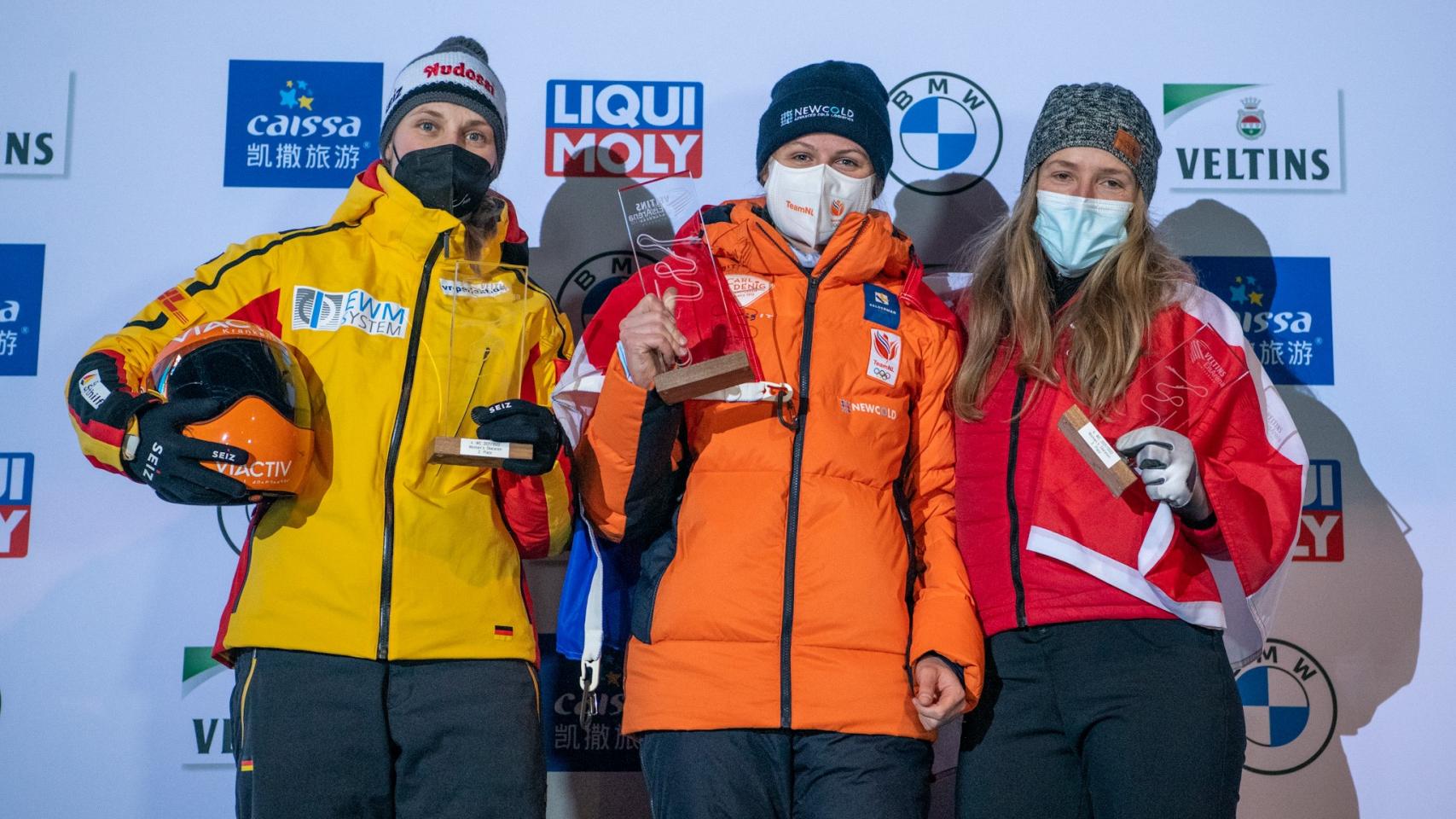 WINTERBERG, Ger.—Canada’s Mirela Rahneva slid to her first podium performance in two years on the skeleton World Cup, winning the bronze in Winterberg, Germany on Friday.

The 33-year-old rattled off two consistent runs down the Winterberg track to secure the 10th World Cup medal of her career. The 2018 Olympian finished with a combined time of 1:53.97.

The podium breakthrough was additionally sweet for Rahneva who missed all of last year’s COVID-shortened season with a neck injury.

Rahneva finished just .04 seconds behind Germany’s Tina Hermann who won the silver medal with a time of 1:53.93. Kimberley Bos, of The Netherlands, set a track record at 56.70 to lock up the gold with a two-run time of 1:53.68.

It was Rahneva’s third career World Cup medal in Winterberg. The overall World Cup bronze medallist in 2019 and 2017 also won silver on the 1,330-metre track in 2020. Her first World Cup podium on a European track also came in Winterberg when she claimed the bronze in 2017.

In the men’s race, neither Canadian qualified for the second run.  Mark Lynch, of St. John’s, Nfld. And Calgary’s Kyle Murray tied for 27th.

Russia’s Alexander Tretiakov won the gold with a time of 1:51.05.