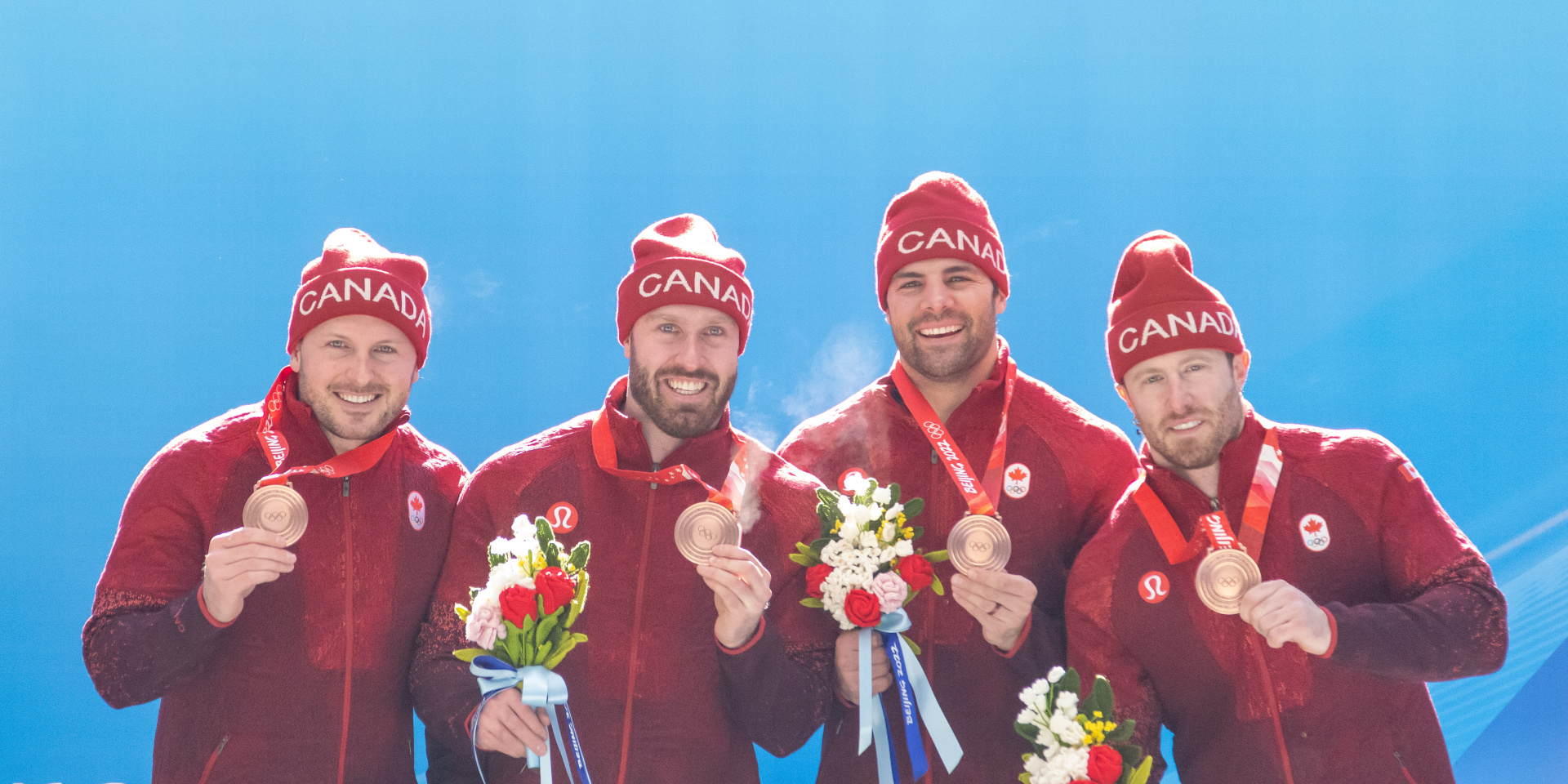 YANQING, China - A third-place result felt like a victory for pilot Justin Kripps and his four-man Canadian bobsled crew at the Beijing Games.

With the top two sleds well in front entering Sunday’s final two heats, Kripps did just enough to finish ahead of Germany’s Christoph Hafer for a bronze medal.

The difference between the podium and fourth place was just six-hundredths of a second.

“There’s nothing like it,” Kripps said. “The pressure and the buildup at the Games is so intense.

“When you cross that finish line it’s just this moment where you don’t know for sure and then it all just explodes into a celebration.”

A small but vocal group of Canadian supporters welcomed the team at the finish area.

After exchanging hugs with his elated teammates, Kripps looked skyward to savour the moment.

“It was definitely a combination of joy and relief,” he said. “It was such a battle for third with Hafer. He was storming right from the second run.”

It was a one-two German finish as Francesco Friedrich edged Johannes Lochner. Kripps, from Summerland, B.C., was 0.79 seconds off the lead.

Hafer put the pressure on with a strong final run at the Yanqing National Sliding Centre. Kripps followed him as the third-last sled on the final start list.

A strong start at the Flying Snow Dragon track was helpful and the Canadians overcame a small mistake coming out of the fifth corner.

From there, Kripps powered home for an overall time of three minutes 55.09 seconds.

Kripps won gold in the two-man bobsled at the 2018 Pyeongchang Games but settled for a 10th-place showing in that event this week.

He figured out the track in the four-man with a crew that included Ryan Sommer of White Rock, B.C., Cam Stones of Whitby, Ont., and Ben Coakwell of Moose Jaw, Sask.

“There’s moments that require you to bring it when you need to and he’s always answered the bell,” Coakwell said. “He’s done it at two Games now.”

Halfway down the Canadian run, it looked like Hafer’s time might be enough for third. But Kripps gained those precious hundredths of a second when it mattered.

“It’s no different than Michael Jordan hitting a game-winning shot with the seconds dying,” Coakwell said. “That’s what he did today.

“I never had any doubt. I don’t think any of these guys did.”

The crew spent the full quadrennial together after a solid opening season in 2018-19.

Coakwell said a strong connection among the athletes - they’re all good friends - combined with support from Bobsleigh Canada Skeleton paid off with results.

“They left us together and they protected us,” he said. “They let us grow. I feel like that’s a very good recipe for success.”

Other than test races and a training week last fall, the new 1.6-kilometre, 16-curve track was relatively unknown to international sliders before the Games.

The course, located northwest of Beijing in the Xiaohaituo mountain range, features a 360-degree spiral and a sharp two-turn section nicknamed the ‘dragon’s tail.’

Spring and his crew came rushing over to congratulate Kripps’ squad in the finish area.

With light snow falling under the bright sun, Coakwell put the medals on for his teammates before Kripps did the honour for him.

“We’re a brotherhood,” Coakwell said. “This team is a family first and a team second. We’ve been there for each other through it.

“I just felt like I needed to do that because I just feel so strongly for these guys.”

It was Canada’s second bobsled medal of the Games. Christine de Bruin of Stony Plain, Alta., won bronze in the monobob.

Kripps ranks second in this season’s World Cup standings, behind Friedrich in both two-man and four-man.

“The guys have worked so hard and worked so well together doing all of the little details right,” Kripps said.

“For us to stay together for four years and for it to end in a medal is just awesome. I’m super proud of this one.”