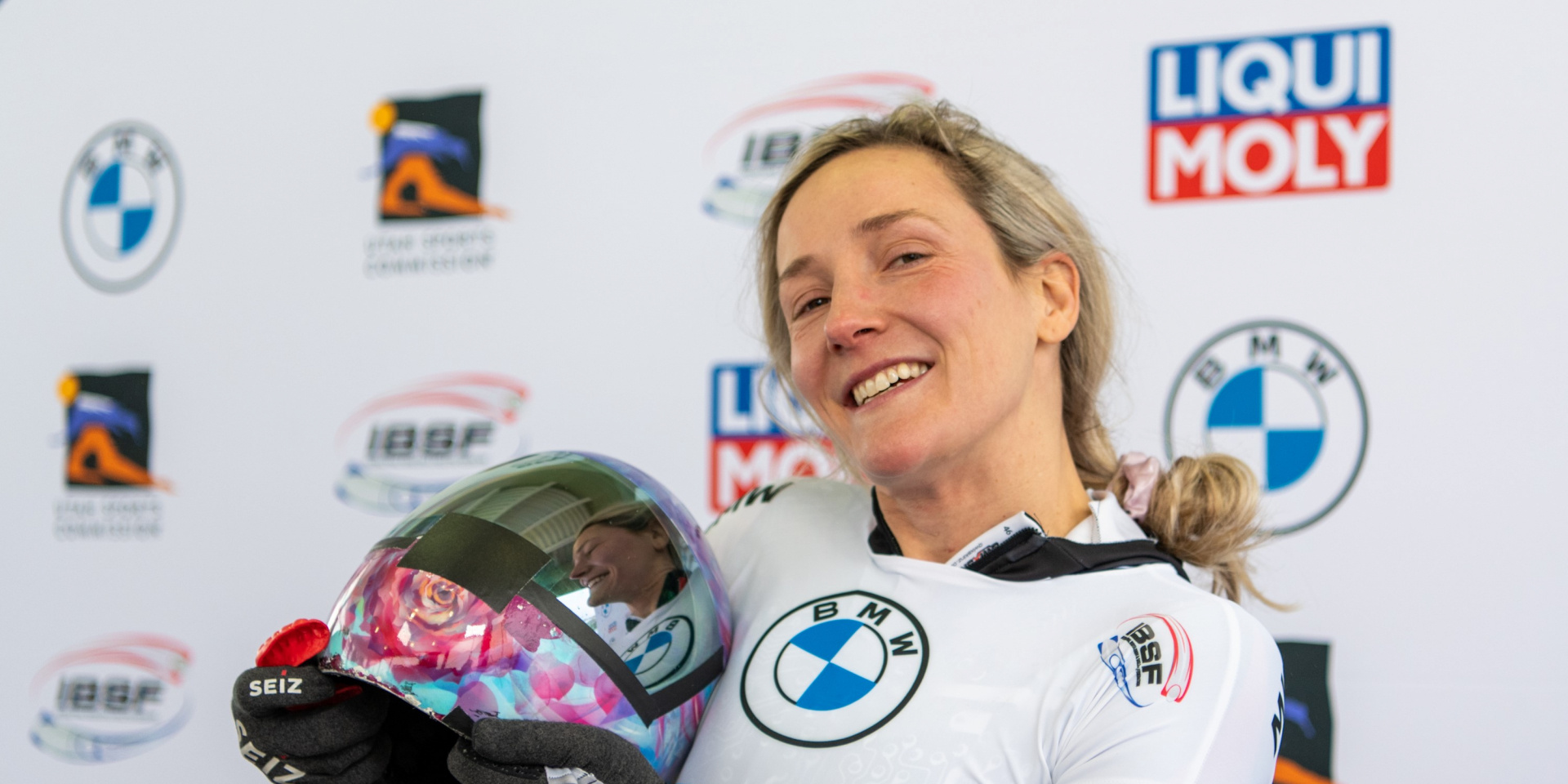 The two-time Olympian from Ottawa rocketed to a winning two-run time of 1:38.42 on the 15-corner track. Rahneva’s triumph made her the first Canadian skeleton athlete to win in Park City since 2008-09 when Olympic bronze medallist, Mellisa Hollingsworth finished on top.

It was the 12th career World Cup podium for Rahneva.

Rahneva was fourth the last time the World Cup stopped at the 2002 Olympic venue in 2017 when she was a rookie on the elite circuit and went on win a Crystal Globe for finishing third overall.

The 34-year-old was one of 10 athletes to break the nine-year-old track record in her opening run on Thursday, clocking a time of 49.12, which was .09 seconds clear of the next best finisher.

Rahneva increased the gap between her and the 18 other sleds in the field after another solid run in the final heat to lock up the gold.

Germany’s Tina Hermann was the next best finisher, crossing the line .10 seconds behind the lightning-quick Canuck at 1:38.52. Laura Deas, of Great Britain, charged onto the final step of the women’s skeleton podium after clocking the fastest second-run for a combined time of 1:38.55.

Canada’s two entries in the men’ skeleton race finished on top of each other in the standings. Calgary’s Blake Enzie slid to 16th spot with a time of 1:38.19. Saskatoon’s Evan Neufeldt was 17th at 1:39.05.

Bobsleigh races will hit the starting block on Friday in Park City.