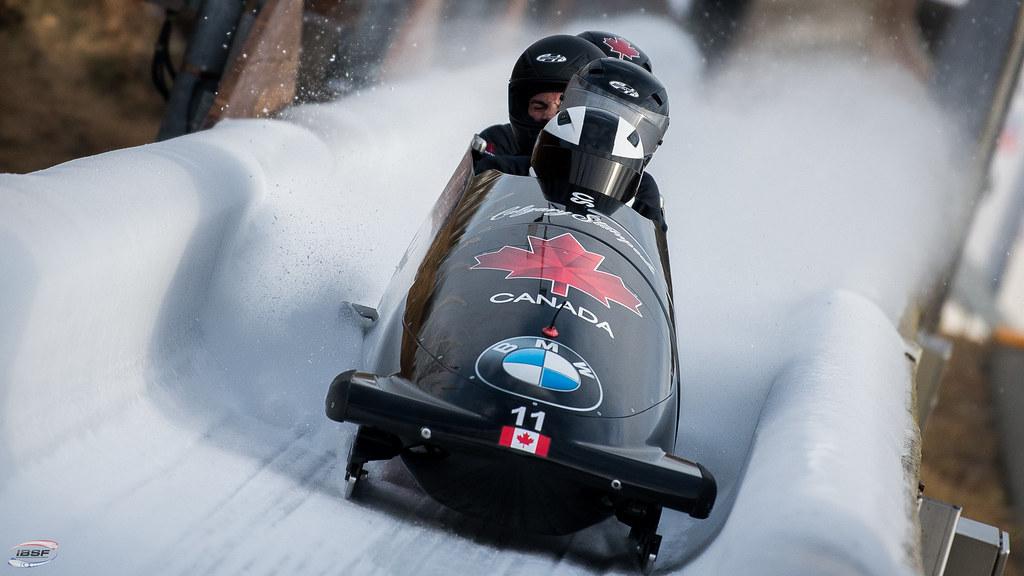 The 32-year-old Kripps and his crew of Cam Stones (Whitby, Ont.), Ben Coakwell (Saskatoon), and Ryan Sommer (White Rock, B.C.), who won the last two four-man races before the holiday break, finished just off the podium with a two-run time of 1:51.10.

“I thought both runs were good, but it was a bit of a monsoon out there, so weather was playing a factor today for sure”, said Kripps, who has the overall lead in the World Cup standings.

The Canadian quartet were in fifth spot after their first descent down the 15-corner track. Despite posting the third fastest time in their second trip down the 1,330 metre icy chute, the Canucks were not able to move up the standings.

“We didn’t think we quite got up to top speed on the first push, so we ran the sled a little deeper on the second run,” added Kripps, whose crew clocked start times of 5.17 and 5.13. “We will look to get two more solid runs in tomorrow’s race, and hopefully hit the podium.”

The Germans have long dominated the four-man competition on home ice in Winterberg, and that was no different on Friday while grabbing the top-two spots on the podium.

Nico Walter, Joshua Bluhm, Eric Franke and Paul Krenz were in first spot after the opening run. They held onto the silver medal despite clocking the fourth-fastest time in the final heat at 55.23 for a total time of 1:50.73.

The Latvian team of Oskars Kibermanis, Lauris Kaufmanis, Arvis Vilkaste and Matiss Miknis snagged the final spot on the podium after posting the second-fastest final run time of 55.11. The foursome posted a combined time of 1:50.93.

Kripps’ best finish in Winterberg is fourth, which came in both the two- and four-man races in the 2017 World Cup. He and his Canadian crew will be back on the start line in search of their first career podium in Winterberg on Saturday where another four-man race will take place along with the women’s bobsleigh event. The men’s and women’s skeleton races are slated for Sunday.