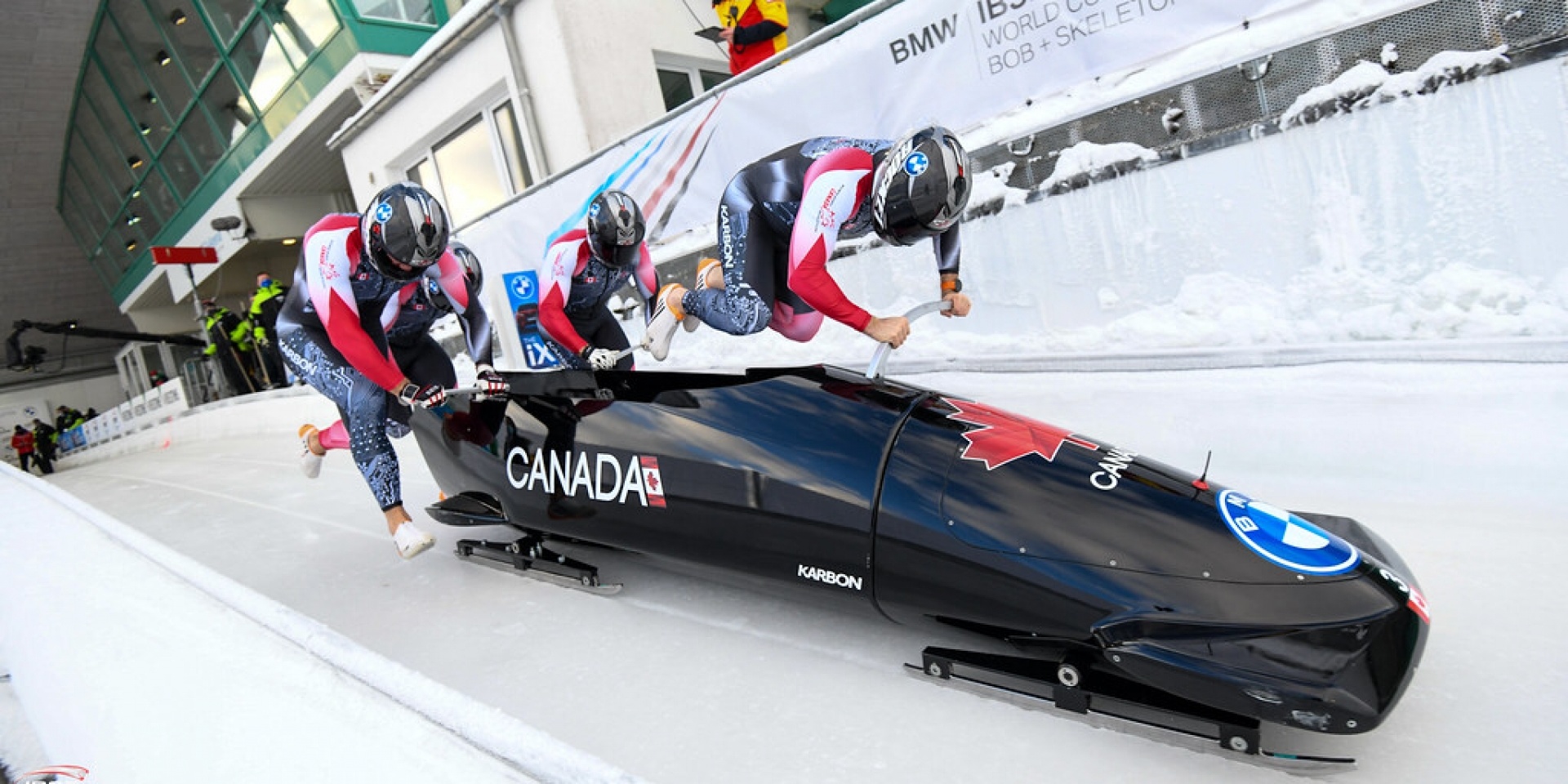 WINTERBERG, Ger.— Canada’s Team Kripps put a silver lining around their return to the World Cup bobsleigh circuit in Winterberg, Germany on Sunday with their first podium of the season.

“We are happy to have opened up our season with a silver medal in Winterberg, which is our best finish ever on this track,” said Ryan Sommer as the squad was packing up to head to St. Moritz, Switzerland for the next stop on Tour.

“We had really good execution on both of our pushes. This is something that we have worked on this offseason. Being able to execute on race day is exactly what we wanted to do.”

It was the first World Cup start of the season for the Canucks. Canada’s bobsleigh athletes trained at home for the first half of the World Cup season due to international travel risks associated with COVID-19.

“Our team motto was always to ‘stay ready’ because we never really knew when we were going to get the chance to race this year,” added Sommer, who is the youngest member of the team at 27. “We were very happy to come out today and lay down the runs we did – from the starts and right through the driving from Justin. We really wanted this for each other today. This is a great way to start the season and we look forward to building on this heading into next week in St. Moritz.”

The silver-medal triumph was the ninth career four-man medal as a pilot for Kripps. It was the sixth four-man podium for the burly Canadian crew since hopping into the same sled together following the 2018 PyeongChang Olympic Winter Games. The top Canadian crew also won bronze in the four-man at the 2019 World Championships.

“This performance is a testament to the team we’ve built over the last few years. It shows who we are – to be able to come over here, without sliding hardly at all this year in a challenging training environment during these times, and get on the podium right away,” said Kripps, whose previous best four-man finish in Winterberg was fourth at the 2017 World Cup.

The Germans have long dominated the four-man competition on home ice in Winterberg, and that was no different on Sunday.

“This track is difficult because the Germans have a million training runs here and the weather is always terrible,” added Kripps, who celebrated his 34th birthday on Wednesday. “It can also be tricky here because it can catch you falling asleep at the top where there is no speed or pressure, and sometimes you don’t pay attention to the details that build what little speed you have for the bottom.”

Kripps and his squad will now look to successfully defend their four-man title from last year at the birthplace of the sport in St. Moritz, Switzerland where the World Cup resumes next weekend.