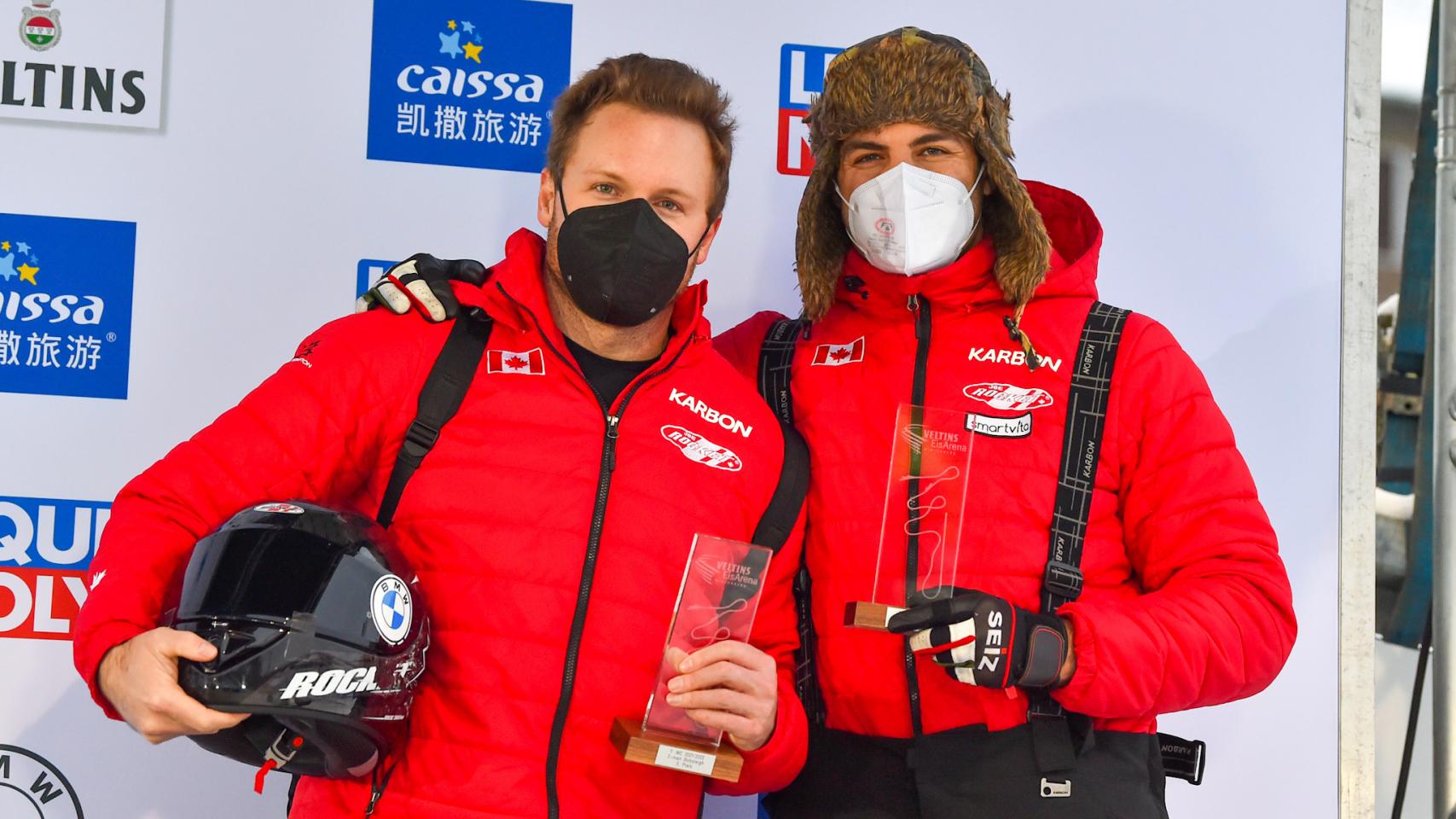 The Canadian duo mixed together two, top-five pushes and steady runs to clock a third-place overall time of 1:50.63.

“We were happy with the race today. We had two solid pushes, solid drives and we were consistent. That’s what we’re working on right now as well as testing some equipment,” said Kripps, who is two days removed from his 35th birthday.

It was the 20th career World Cup two-man medal for Kripps, and 10th for the 29-year-old Stones in his sled.

“It feels good to pull a medal off on a historically tough track for us in the two-man,” added Stones, who has been part of Team Kripps’ only two four-man podiums in Winterberg.  “Justin laid down two crisp runs and gave us a sure shot at a medal. I can’t wait to be back here tomorrow in the four-man for another shot at the podium with Ben and Ryan.”

The Germans have traditionally swept the two-man podium on the tricky 15-corner Winterberg track.

They grabbed the top-two spots once again on Saturday. Francesco Friedrich and Alexander Schueller were the top sled at the top and bottom of the track in both runs, clocking a winning time of 1:49.78. Johannes Lochner and Florian Bauer were second at 1:50.11.

“The German sleds are always fast here,” said Kripps, who has struggled to find the feel in Winterberg throughout his career. “There’s just not much pressure here and I rely a lot on my feel for my driving. When there is no pressure there is no feedback from my runners.”

Vancouver’s Chris Spring welcomed CFL player, Jay Dearborn of Yaker, Ont., into his sled for the first time on the World Cup. Spring drove to 10th with a time of 1:51.24 in Dearborn’s debut on the elite circuit.

Earlier in the day, Toronto’s Cynthia Appiah led three Canadian sleds into the top-10 in the women’s monobob race in Winterberg. Appiah clocked a fifth-place time of 1:59.22.

The two-woman and four-man bobsleigh races are slated for Sunday in Winterberg.