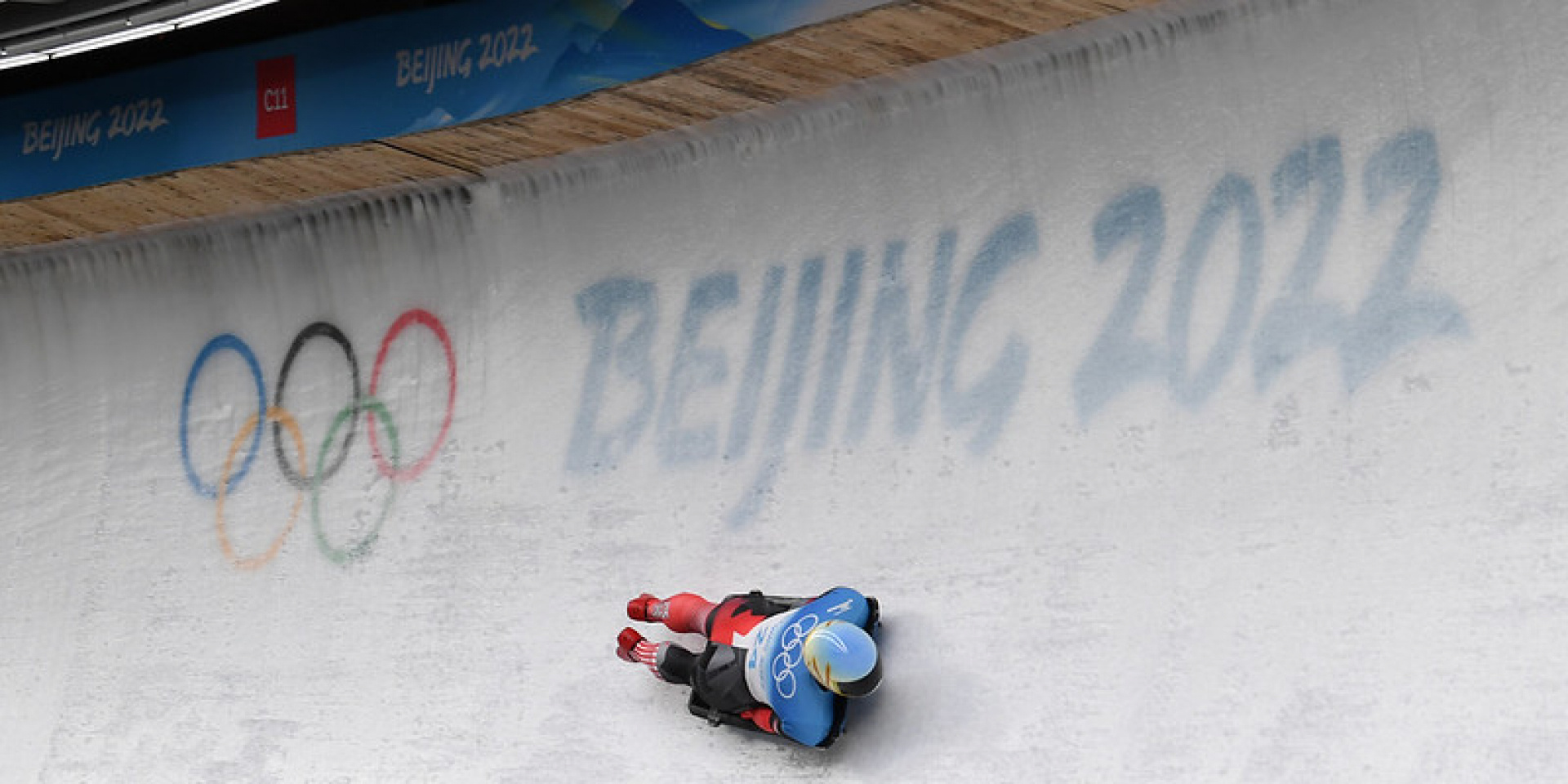 BEIJING, Chn—Mirela Rahneva made a charge for the Olympic podium but came up two spots short in the women’s skeleton race at the Yanqing National Sliding Centre.

The 11-time World Cup medallist from Ottawa clocked a combined time of 4:09.15 in the up and down four-heat affair held over two days that put her in fifth place.

”The four heats were very much like it has been all season, struggling to find that consistency,” said the two-time Olympian.  “I have such a strong support team back home cheering me on. I wish I had a little bit more in that second run, but I’m very proud of where I am sitting and what I’ve achieved. It wasn’t easy.”

The Ottawa resident caught the world’s attention after throwing down a track record of 1:02.03 in her opening run on the unique 16-corner chute that winds its way down the mountain valley in the Yanqing district near Beijing. A tough second run dropped her into ninth place at the midway point Friday.

“I think in the second run I focused on what I did wrong in that first one which was a track record. It wasn’t perfect, but I wanted to fix it and I might have forced it a little bit. You can’t force skeleton,” said Rahneva.

Guided by the adage “Let it happen, don’t make it happen,” the hard-nosed Canuck scrapped her way back into the medal mix once again after clocking the second-fastest down time in the third heat to move four spots up the standings. That was as close as she would come to the podium as the top sliders ahead of her in Beijing didn’t relent.

“I visualize It and I knew I could do it,” said Rahneva of battling back with a strong third run. “Every time I step to that start line you want to be free so you can fly, but you also feel all the pressure of everyone cheering you on and you don’t’ want to disappoint anyone. I just wanted to make my friends and family proud today.”

Sitting eighth after the first heat, Hannah Neise stormed into first in the second run and never looked back. The German was crowned Olympic champion with a time of 4:07.62. Australia’s Jaclyn Narracott celebrated the silver medal with a time of 4:08.24. Kimberley Vos, of The Netherlands took advantage of an error by Germany’s Tina Hermann in the final heat to catapult onto the third step of the podium at 4:08.46.

Canada’s Jane Channell struggled to find her top groove that has led her to the World Cup podium four times in her career, and to a Crystal Globe for finishing third in the Overall World Cup in 2017. The North Vancouver resident had her best run of the event in the final heat to hold onto 17h place with at 4:10.95.

“I feel like I did everything I possibly could this year,” said Channell. “I created a city around me to support me this entire season. I’m truly proud of how far we have come as a team, but as well me individually. I came into the season for myself, and to be able to have that city around me, I am grateful. I did what I could.”

Meanwhile, Canada’s Olympic rookie Blake Enzie will look to build on a strong showing at the premier sporting event in the world. The lone Canadian and youngest athlete in the men’s field, the 20-year-old Calgarian qualified to take four runs down the Olympic Track where he finished in 20th spot at 4:06.88.

“I’m speechless. To have this race that I had here at the pinnacle of the sport is quite special,” said Enzie who only had three World Cup starts prior to earning a spot on Team Canada. “I’m young and have a lot of years ahead of me. Let’s set the goal now. I want to be back in four years, and I want to contend. I’m going to take a couple of weeks off to maybe go skiing and then I’m getting to work.”

The German’s slid to the top-two spots of the men’s podium. Christopher Grotheer clocked a golden time of 4:01.01. Axel Jungk jumped onto the silver step of the podium at 4:01.67. China’s Wengang Yan clocked-in at 4:01.77 for the bronze medal.