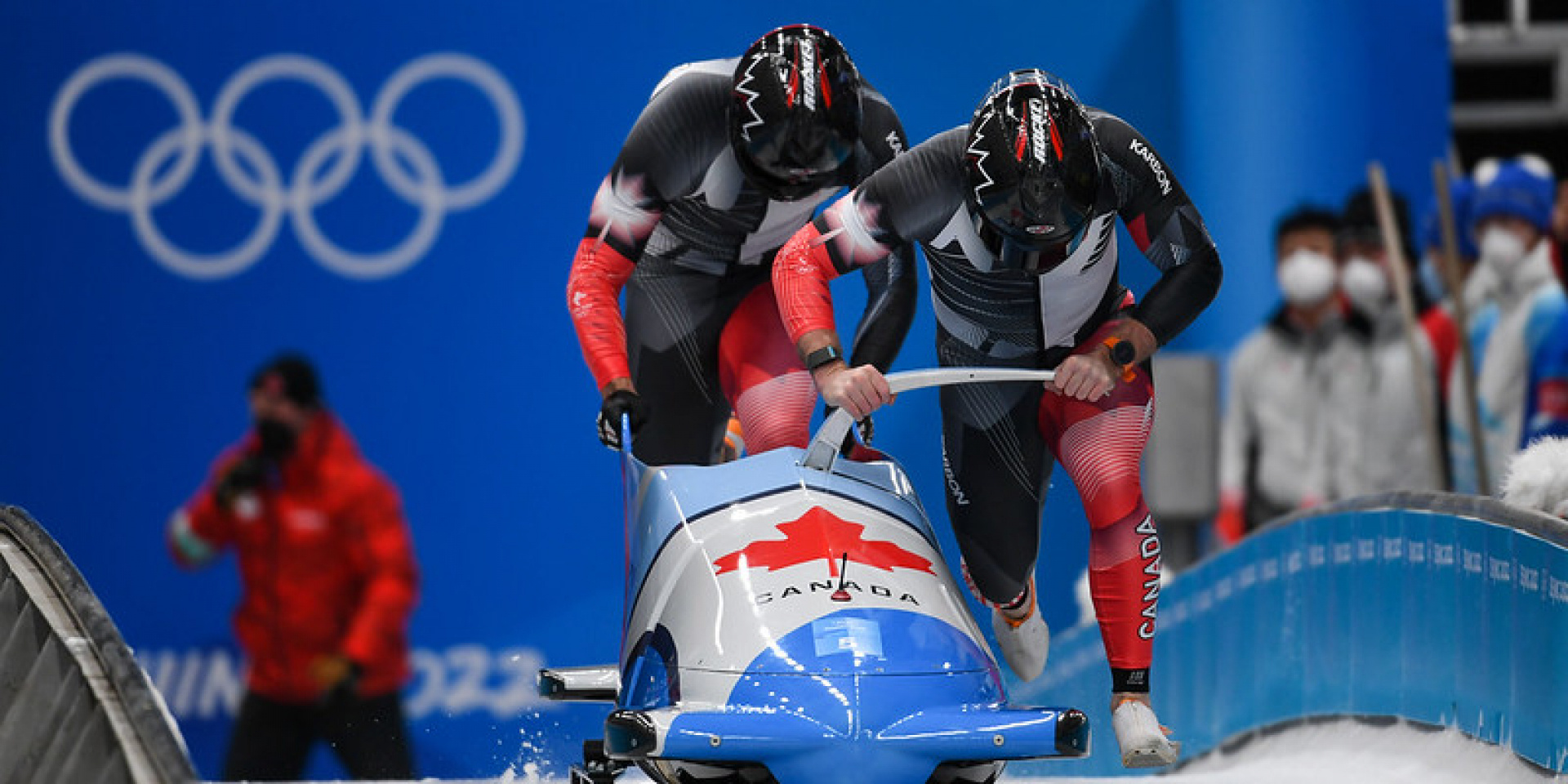 YANQING, China — Justin Kripps will get another chance to slay the Flying Snow Dragon.

Chris Spring and Mike Evelyn were the top Canadians in seventh. Neither Canadian sled contended for a podium blanketed in German colours.

"We tried our best out there. That's all we can do," Kripps said.

Friedrich and Margis brought it home with the fastest times in the third and fourth heats to lead the German sweep.

Kripps ranks second in this season's World Cup standings behind Friedrich in both two-man and four-man.

Kripps and Stones of Whitby, Ont., were 10th and 1.31 seconds behind the front-runner heading into Tuesday, which was an insurmountable margin.

"We've won a lot of medals together and that was definitely our goal coming in, so it's disappointing" Kripps said.

Spring and Ottawa's Evelyn was the more consistent of the two Canadian sleds over four runs, and posted the fifth-fastest time in the final heat to move up a rung from eighth.

"Justin and I were talking at the top. We're a little frustrated with how the competition ended up, especially with the performance that we laid down just not really reflecting in the times at the bottom.

"We talked about putting down a run to make it indisputable that we really did all that we could, and the results were what they were. Really proud to be able to put down four consistent, really, really good runs and walk away with confidence going into four-man."

"We want to get on the podium. We've done all the preparation," Kripps said. "It's possible for sure. We have a good chance. We just need to go out there and execute as best we can."

Four-man training starts Wednesday, and the two-man races are useful in helping decipher the track for four-man, Kripps said.

"On a track where you don't have very many runs, all the training runs definitely help even if they're in two-man," he explained. "Just figuring out the timing and the lines, it's a little bit different in four-man, but this is going to help big-time for the four-man."

The world's sliding tracks have their quirks. Veteran sliders learn how to navigate them via repeat visits year after year.

But other than October's international training week and test races, the new 1.6-kilometre, 16-curve track built northwest of Beijing in the Xiaohaituo mountain range was relatively unknown to international sliders.

The course features a 360-degree spiral, but turns 12 and 13 — with sharp angles and elevation gain nicknamed "dragon's tail" — have been the bane of an Olympic slider's existence.

The dragon's tail put Britain on its side in Tuesday's third run and they skidded sideways over the finish line. Kripps and Stones were stung by it in the first of their four heats when their right runner slid up the track wall.

"The first run was actually going really well until corner 13. I'd been struggling with that corner all week, so I'm still trying new things down there, which is not ideal for a race," the pilot said.

The top 20 sleds in the third heat advanced to the finale. Taylor and brakeman Daniel Sunderland of Fort McMurray, Alta., placed 20th in their Olympic debuts.