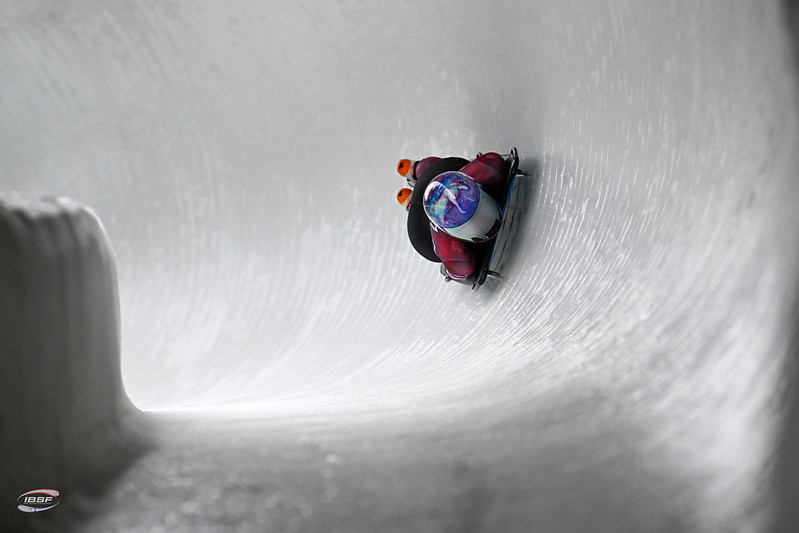 ALTENBERG, Ger.—It may not have been a medal but a fourth-place finish on the challenging Altenberg track is a success for Canada’s Mirela Rahneva.

The 34-year posted a career-best finish on the 17-corner German track that is recognized as one of the most difficult on the sliding-sport circuit, clocking a two-run time of 1:57.61.

“I’ve had a fairly difficult time in Altenberg in past seasons. I’ll even go as far as admitting to being very scared of this track from previous crashes and bad races I’ve had here,” said the two-time Olympian, who only has one other top-10 finish in Altenberg. She was 10th at the 2020 World Championships.

“I’m very happy to finish fourth when I think back to previous results here. I’m really proud of my first run being within the medals.”

Rahneva finally tamed the 1,413-metre beast, breaking through with the third fastest time in her opening run.

Hungry for her second-straight World Cup podium and third of the year, Rahneva put down the fourth-fastest start time in the final heat but dropped one spot out of podium position once crossing the finish fourth overall.

The Ottawa resident credited a new strategy to bring two different sleds with her on the World Cup this season to navigate the different tracks for the breakthrough performance.

“Last year, I recognized that I had different needs on different tracks. I decided to pull the plug and purchase a new sled mid-season last year just so I could get through the second Altenberg race. I ended up making a lot of progress that race coming 11th,” said Rahneva.

‘This year my goal was to pick up where I left off. I’m sliding on two sleds to accommodate the different styles of sliding required. Both are incredible to drive and have different strengths and downfalls.”

Rahneva was on a stiffer sled Friday to better handle the high pressure Altenberg corners versus her other sled that loves to climb and will take height early in corners rather than later.

The Germans successfully defended home ice, taking the top-two spots on the podium. Tina Hermann was first at 1:56.23. Susanne Kreher slid to the silver medal at 1:57.27. Kimberly Bos, of The Netherlands, edged out her Canadian friend for third place with a time of 1:57.45.

Jane Channell, of North Vancouver, rebounded after a difficult first run to climb three spots up the standings into 11th spot at 1:58.52. Channell, a two-time Olympian, posted the sixth-fastest final run time.

Two Canadians also hit the start line for the men’s race. Saskatoon’s Evan Neufeldt slid to 18th spot at 1:56.10. Starting his first World Cup of the season, Calgary’s Mark Lynch finished one place behind in 19th with a time of 1:56.35.

Matt Weston, of Great Britain, won the men’s race with a time of 1:52.44. Two Germans grabbed the final spots on the podium. Christopher Grotheer was second at 1:52.58, while Axel Jungk clocked-in at 1:52.94 for third place.

Canada also sent two men and one woman to the start line for the Junior Skeleton World Championships in Winterberg.

Tirza Lara was the only Canadian woman at the Junior World Champs, and fished 14th. Another promising skeleton athlete from Calgary posted a time of 1:59.46.

Germany’s Hannah Neise was crowned Junior Women’s World Champion with a time of 1:55.68.